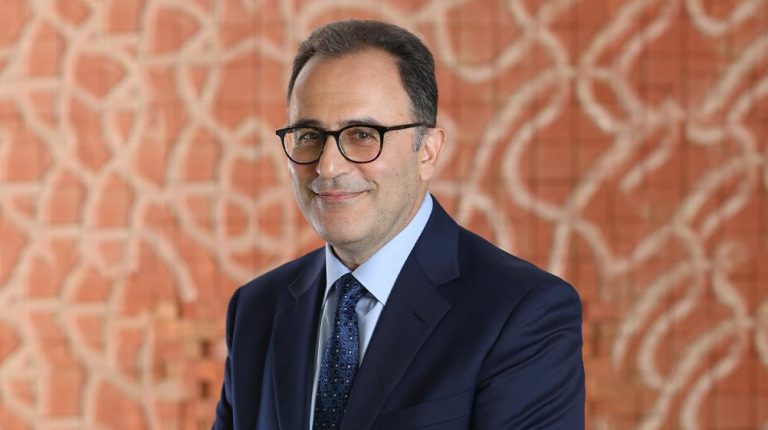 The Board of Trustees at the American University in Cairo (AUC) announced, on Tuesday, the appointment of Ahmad Dallal as the university’s 13th president.

Dallal is an accomplished academic leader and renowned scholar with US and regional higher education expertise, He currently serves as dean of Georgetown University in Qatar. He previously served as provost at the American University of Beirut (AUB) from 2009 to 2015.

Dallal has taught at the AUB, Stanford University, Yale University, Smith College, and Georgetown University, where he also served as chair of the Department of Arabic and Islamic Studies.

In making the announcement, AUC alumnus and chair of the Board of Trustees Mark Turnage, who was a member of the search committee, said, “We are pleased that Ahmad has agreed to serve as the AUC’s next president.”

He added, “The AUC is a remarkable institution at a point of inflection in its history, having achieved tremendous success in its first 101 years and now ready to chart a path for its second century.”

Turnage also noted that Dallal’s academic and administrative acumen, inclusive leadership style, and a deep sense of purpose will serve to propel the AUC to even greater heights as it navigates an increasingly changing and complex higher education landscape.

With several decades of teaching, research, and leadership at top universities in the US, Dallal is a seasoned expert on US-style liberal arts universities and how they operate. Coupled with that is his extensive experience in the Middle East at both the AUB and Georgetown University in Qatar.

Commenting on his selection, Dallal said, “I am honoured to join a vibrant and intellectually rich community at the AUC.”

“The University serves an important mission at a consequential moment in history and in a country and region that play a critical role on the global stage,” he added, “I believe deeply that education is the engine of advancement for societies and that institutions like the AUC are connectors in a world in which our futures are intertwined, as we have all witnessed first-hand through the novel coronavirus (COVID-19) pandemic.”

The search for the AUC’s 13th president began in the early autumn, following President Francis Ricciardone’s announcement that he will step down at the end of the academic year in June 2021.

A Presidential Search Committee, chaired by AUC Trustee Tarek Masoud, and consisting of trustees and AUC faculty representatives, was formed. The international search to find the AUC’s next president included several rounds of wide-ranging consultations with faculty, students, staff and administrators.

Dallal earned his Bachelor’s degree in mechanical engineering from the AUB and his MA, MPhil, and PhD in Islamic studies from Columbia University.

He has written and lectured widely on learning in medieval and early modern Islamic societies, the development of traditional and exact Islamic sciences, medieval Islamic thought, the early-modern evolution of Islamic revivalism and intellectual movements, Islamic law, and the causes and consequences of the 11 September attacks.

He has also written dozens of articles, book chapters, and publications, as well as several books, and is the author of: An Islamic Response to Greek Astronomy: Kitab Ta‘dil Hay’at al-Aflak of Sadr al-Shari‘a (1995); Islam, Science, and the Challenge of History (2012); The Political Theology of ISIS: Prophets, Messiahs & the ‘Extinction of the Grayzone’ (2017); and Islam without Europe: Traditions of Reform in Eighteenth-Century Islamic Thought (2018).