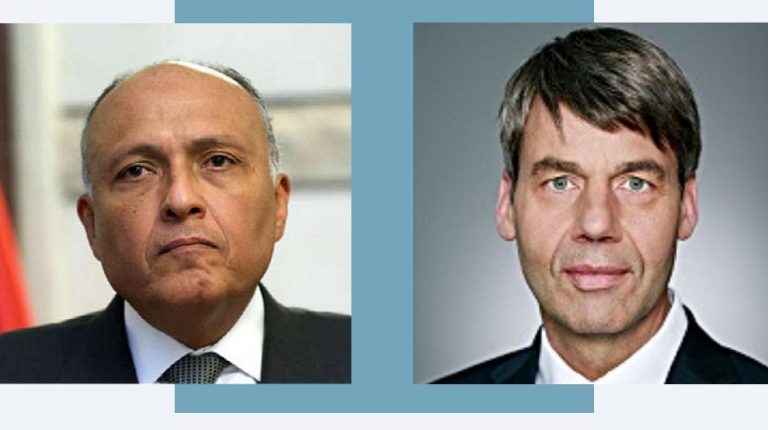 The two sides discussed developments in the Libyan arena and the issues before the meeting, especially the main benefits related to holding the elections in December. This was in addition to discussing the exit of all foreign forces and mercenaries from Libya without delay.

This included Egyptian efforts aimed at reaching a binding legal agreement to address this issue and the difficulties it faces.

They touched on the Palestinian issue, and the need to make efforts to reach a just and lasting solution to this conflict. Shoukry also touched on the situation in the Gaza Strip, and Egypt’s keenness to rebuild the area and establish a ceasefire.

The two sides reviewed bilateral relations in light of German participation in a number of major projects in Egypt.

Before the conference, Shoukry met with the Prime Minister of the Libyan Government of National Unity Government, Abdul Hamid Dbeiba.

He affirmed Egypt’s position in support of Libya’s aspirations, as well as its support for efforts aimed at launching a comprehensive political process that ends the conflict.

This is with the additional view of achieving the withdrawal of foreign forces from Libya, and the importance of holding the upcoming elections on time.

Shoukry referred to Egypt’s support for efforts aimed at achieving security and stability in all parts of Libya.