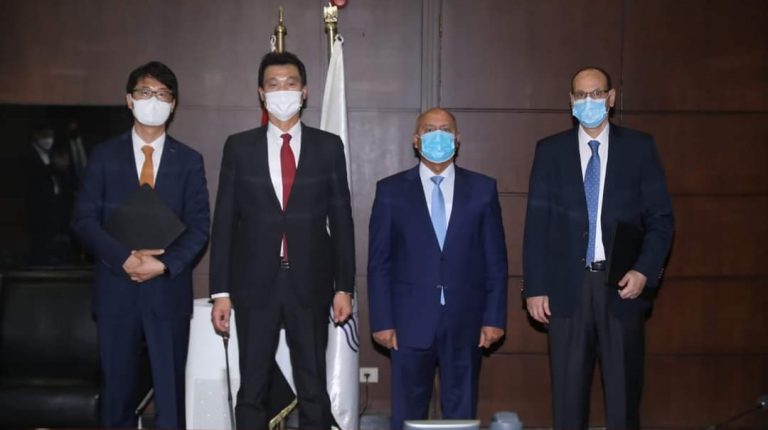 Egypt’s Minister of Transport Kamel El-Wazir has said that the country will seek the assistance of foreign companies specialised in railways to manage and operate its railway lines.

This will take place in the case of laziness on the part of employees with the Egyptian National Railways (ENR).

El-Wazir also pledged to develop the ENR so that it can take its place at the forefront of state bodies, stressing that there is no place for any indolent, corrupt, or negligent cause of accidents that take lives.

The minister pointed out that he will not allow the presence of elements that hinder and impede development processes. He also asserted that the Egyptian government has provided all possibilities for the advancement of the railway authority, and has contracted huge agreements to develop the sector.

El-Wazir’s remarks came during a meeting between the ENR and the South Korean company, Hyundai Rotem.

He also witnessed an agreement between the two sides to modernise the signalling and communication systems on the Nagaa Hammadi-Luxor train line, which will take place at a total cost of $110m. He explained that the project consists of 14 main towers and 45 crossings.

El-Wazir said that the modernisation of railway signalling systems aims to replace the current old mechanical system with a more modern electronic version. This will help in increasing the number of train trips per day from 56 to 200, in addition to increasing the train speed on the Alexandria-High Dam line.

El-Wazir added that his ministry has many projects in the pipeline to modernise signalling systems on Egypt’s railways. These projects account for a total length of 1,800 km, and will take place at a cost of EGP 46.8bn, to increase safety and security on the country’s railways network.

Meanwhile, regarding the train accident that happened in Alexandria on Tuesday, the minister said the Ministry of Transport will dismiss all those found responsible for this accident. He asserted that there is no place for corruption or neglect.

Tuesday’s accident took place at Alexandra’s main train station, when a tractor collided into a train from behind. A total of 40 people were injured in the accident, whilst no deaths were reported.