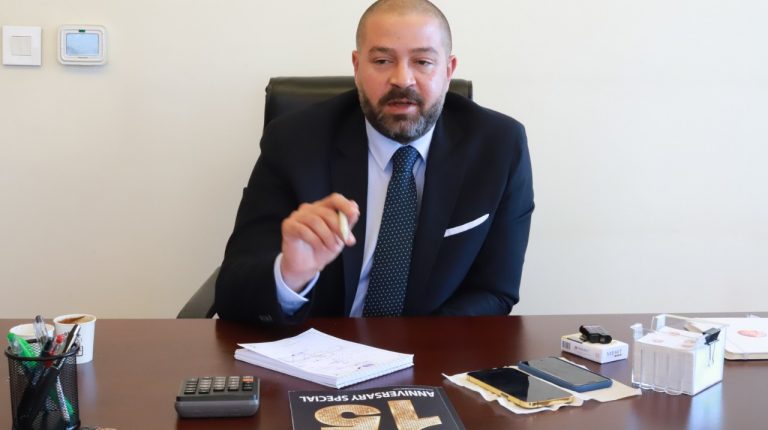 The Egyptian Senate has commenced fulfilling its obligations under the clear jurisdictions that it has as the upper house of Parliament, Senator Ahmed Diab has told Daily News Egypt.

Diab, Undersecretary of the youth and sports committee in the Senate, and CEO of Zed Sports, stressed, “We discuss and debate all the legislation presented to us.”

He highlighted that the Senate has considered several pieces of legislation that have been referred to by the House of Representatives over the past period. This is in addition to topics related to the support of the Egyptian state.

These items of legislation included social issues that required tougher penalties, most importantly female genital mutilation (FGM), and the bullying of people with special needs.

Diab noted that, in addition to these issues, there has been legislation introduced related to construction and development. This includes a draft law on technical education, which aims to reverse the negative image formed about it in Egypt.

Another important law relates to endowment funds, which is expected to have an effective role in supporting national and service projects, and overcoming the current problems of the land endowment system.

In an interview with Daily News Egypt, Diab also touched on visions and ideas related to the importance of the amendments to the Sports Law, and the problems it faced in its application on the ground.

He tackled the developments on the Egyptian sports scene, the Zed Club experience, and his vision for sports investments in Egypt.

Could you elaborate on the Senate’s role, and the most important laws and issues that have been discussed recently?

The gears of the Senate have started to turn, and there are plenty of bills that were referred to us by the House of Representatives. Work has been done on laws related to cotton and a draft law has been introduced to toughen the penalty for FGM, along with the establishment of an academy for technical education, which are important projects and the parliament had amendments that were voted on.

All of these are important laws that Egypt needed, and I think that the technical education academy is the way to have a strong economy, as it represents a locomotive for development. There are many countries that have experiences in technical and vocational education that succeeded in advancing through it, such as China and Germany. However, Egypt has bad legacies regarding technical education, such as the mental image that it is a lower form of education.

How can we change this image of technical education and promote it in Egypt?

There are three pathways to raise the level of technical education, the first of which is to improve the training for teachers responsible for technical education. This will qualify them to produce professionals who can help the state and industry, and will benefit them as well.

The second is to raise awareness of the value of technical work, through the media, and what benefits the youth and the state gain from it. The third is to present the state’s successful experiences in technical education, and I see that the state has a strategy to advance this area under the directives of the political leadership.

What are the top laws that were discussed by the Senate over the last period?

During the last period, we discussed toughening the penalty for bullying, especially against people with special needs, which in my view is very important, as it prevents bullying in general. Bullying is a disgraceful behaviour that needs to be punished, and not taken lightly.

As Undersecretary of the Senate’s Youth and Sports Committee, how can Egypt improve the participation of people with special needs?

There are [Egyptian] sports champions with special needs who have won bronze medals in the Paralympic Games, and who have already honoured Egypt on the podiums, despite the fact that they face bullying.

I think that there is deliberate bullying and unintentional bullying, which results from ignorance, and this affects the psyche of people, as there must be awareness of the negative impact on society, the individual, and the family.

Some observers say the Senate is ‘toothless’. How do you respond to these claims, and to what extent are the powers of the Senate effective?

I see that the full powers of the Senate are effective, and this can be seen in all the laws that were dealt with, as amendments were made and approved by the Senate and approved in principle. During the sessions, there are fruitful discussions and differences in views between members as well as young people, and between parties. Here, everyone presents their ideas, and in the end, the Senate voted on some amendments in some laws.

Indeed some laws that were approved in the House of Representatives took into account the amendments and recommendations made by the Senate. This reflects the state of harmony between the two chambers and cooperation between them to enrich the Egyptian Parliament, and the legislative authority in general. The end result is that the law is delivered to the benefit of the Egyptian citizen, as it includes many points of view.

Moving to the Youth and Sports Committee, what is the top legislation on your agenda?

Firstly, I am happy to have gained the trust of my colleagues in the Senate, and at my choice as an undersecretary of the committee. I think that there is a state of dynamism, as the committee started its work at the first meeting, and we developed a great work plan for sports and youth, and our meetings have already started. There will be much put in place that will benefit sports in general, and the sports law in particular.

The Sports Law has been the centre of debate, as there has always been talk about amending it. What will the Senate’s role be in this regard?

We will conduct studies on the law where we will address the negatives and positives in a way that benefits sports in general, and we seek to have a distinctive imprint on the law.

Moving to Zed Sports, can you tell us more on its goals, and what makes it different?

The ZED Sports Investment Company is the parent company for four different routes. The first of these is Zed FC, which is a football club that started in 2020 and is currently participating in the Egyptian Second Division. We have a youth section, and the club has partnered with Borussia Dortmund to develop talent.

The junior teams are the cornerstone of our strategy, currently our junior teams within the club occupy the first positions in the junior leagues, and the first team occupies the middle of the table.

The second route is that we are working on a long-term plan covering three to five years, in order to move to the Egyptian Premier League, which is characterised by its strong competition. Although there is a difference between the first and last places, and our position in the middle of the table, there is complete satisfaction with the performance.

There are two schools of thought in sports investment, the first of which is based on huge investment, and which started with Chelsea, Manchester City, and Paris Saint-Germain. There is another school based mainly on investing in young people, such as Ajax Amsterdam, and this is what we follow.

We also have Zed Club, which is a social sports club that will open the door for membership. We will also launch Egypt’s first private sports university in the near future. Zed’s idea is to create talents and sports cadres. Sports has become an industry.

How did your journey with sports start? What is your role within the company?

I started my journey in sports by practicing boxing and handball at the Shooting Club, and I am currently performing the duties of CEO of Zed Sports Investment Company.

What are your ambitions during the coming period?

My ambition and dreams are for Zed Company to follow the same announced plans, and to have a world-class European club in Egypt. This will produce a large number of players who will benefit Egyptian football in the coming years and become sports stars, and be a successful and beneficial investment project for our country.