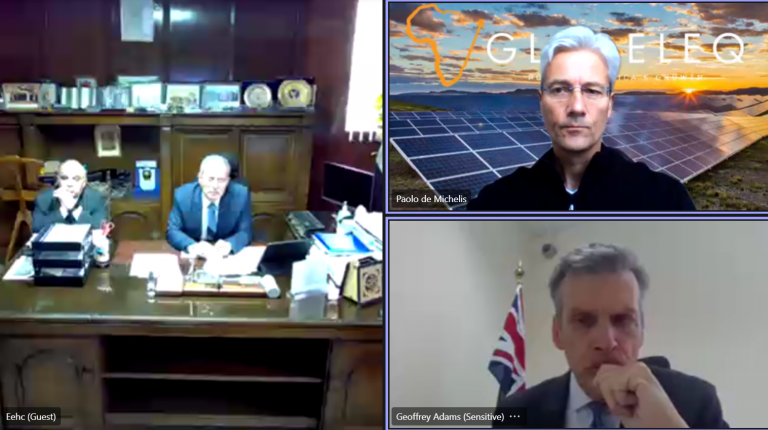 In the run up to the UK-hosted UN Climate Change Conference (COP26), which will take place in November 2021, the International Trade Department at the British Embassy in Cairo organised a virtual British Investors Forum (BIF).

A recent British investment in Egypt’s renewable energy sector includes the $325m ACTIS-Lekela agreement with the Egyptian Electricity Transmission Company (EETC), for the 250 MW West Bakr Wind project in the Gulf of Suez.

This project will increase Egypt’s wind energy capacity by 18%, and will be a key pillar of Egypt’s ambition to generate 20% of its electricity from renewable energy sources by 2022.

Additionally, the UK’s development finance institution, CDC Group, has invested $97m in the Benban Solar Park in Aswan, which will support the generation of 400 MW of clean energy.

Adams said, “One of our main trade priorities this year is engaging the private sector on the sustainability agenda in the lead up to COP26, and promoting opportunities in the green economy to ‘build back better’ from the novel coronavirus (COVID-19) pandemic.”

“One way the Embassy is looking to work with business on the green agenda in coming months is through the Race to Zero campaign,” he added, “We are already working with businesses and British chambers of commerce on growing the campaign in Egypt, and signing up new companies to participate in this important scheme.”

For his part, Donaldson said,“The COP26 summit next November in Glasgow will provide an opportunity for the world to come together and commit to urgent action on tackling climate change.”

He added, “The UK is committed to working with Egypt as well as companies on the frontline of climate change ahead of COP26.”

Donaldson also said that the British Egyptian Business Association (BEBA) and the Egyptian British Chamber of Commerce (EBCC) have both announced their commitment to the Race to Zero campaign. It is hoped that other British and Egyptian businesses will sign up and take action to reduce emissions and help communities adapt to climate impacts.