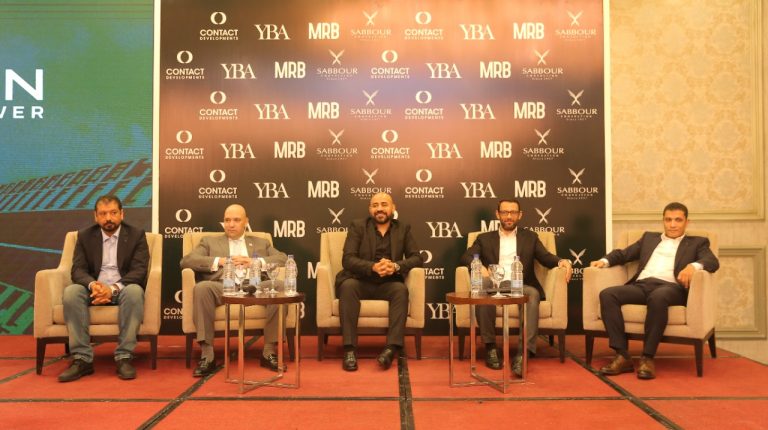 The 25-storey project is located on the Central Business District, and will cover a total area of 10,531sqm.

It will be a mixed-use tower featuring commercial, administrative, and medical units, which will be of varying sizes ranging from 35 to 1,000 sqm. The project is set to contain many features and services that target all customers’ needs.

Ahmed Fikri, Chairperson of Contact Developments, said during a press conference that the project is located in the heart of the NAC’s central business district, in the middle of the largest gathering of international buildings and distinctive towers. The latter are being prepared as a destination for investments and business in the Middle East and Africa (MEA) region.

Fikri also said that the NAC’s central business district is being built on a total area of about 1.71m sqm, equivalent to 195 acres.

The area is considered the economic heart of the NAC, and the centre of the major national project’s commercial movement.

He noted that the tower is divided into a podium consisting of a ground floor and two storeys, all of which are commercial, in addition to three floors of commercial units inside the tower.

For his part, Contact Developments CEO Khaled El-Seyoufi has announced that the project will be completed within four years. He said that the project, which will be the highest tower in Africa and an important landmark at the NAC, is set to have a direct and open view, a magnificent view of two gardens with green spaces exceeding three acres, and an open view of the Bin Zayed axis.

Al-Seyoufi said that the word “Quan” defines a carefully designed private corner, which matches the urban form of the site and model of the project. The project is located at “CN-24”, and boasts a very special angle view over the green spaces.

Ahmed Wagdy, Marketing Director at Contact Developments, revealed that the company has undertaken an accurate study to choose the consulting firm for the project. It has, as a result, contracted with Yasser El-Beltagy Architects (YBA), a Cairo-based architectural consultant firm, and the office of Hussein Sabbour, an executive consultant at Sabbour Consulting. This is in addition go the office of Mohammed Rashid (MRB), an operation, management, and maintenance consultant firm.

He declared that contracting with YBA was a strong addition to the Quan project.

Wagdy also emphasised the company’s strategy and working techniques in the Egyptian market, which depend on building advanced urban communities with the highest possible quality. This ensures they achieve sustainability and provide all safety standards, speed, and accurate execution.

He pointed out that the cooperation with the Hussein Sabbour consultancy reflects the eagerness of the company’s Board of Directors to cooperate with partners who are capable of achieving the company’s vision.

This is to provide a high level of design in residential, commercial, and administrative real estate products, by taking advantage of the expertise and capabilities available from the largest consulting firms in Egypt and the Arab region, which are compatible with the company’s vision and the board of directors’ wide experience.

He explained that they were eager from the start to secure a contract with professional consulting experts for all stages of design, implementation, and establishing the project, to achieve a real added value for the company’s projects in the Egyptian market.

Wagdy noted that Mercury project has achieved massive success since the beginning of its sales launch, as the first and second phases have completely sold out. The third phase will be launched soon, which encouraged the company to accelerate the pace of the commencement of the new Quan project.

He said that the NAC has become the most attractive area for investment in Egypt and the Arab region, whether for local or foreign investors.

He stated that President Abdel Fattah Al-Sisi’s attention to the NAC adds value to the project, and that an intelligent real estate investor invests in the NAC as a whole rather than just a project, due to it representing Egypt’s future.

Meanwhile, Al-Seyoufi said that the Egyptian real estate market will witness a huge boom during the coming period. This is due to the real estate sector being the locomotive for economic development, in which more than 100 other industries are employed.