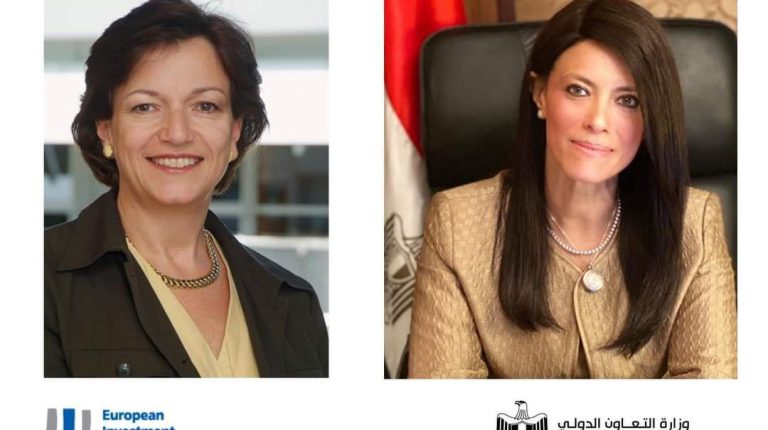 Egypt’s Minister of International Cooperation Rania Al-Mashat has held a virtual meeting with Flavia Palanza, Director of Operations for Neighbouring Countries at the European Investment Bank (EIB), to discuss areas of joint cooperation and development partnerships.

During the meeting, which took place in the presence of Alfredo Abad, Regional Representative and Director of the Bank’s office in Cairo, the two sides also discussed future projects as part of the new 2021-2027 cooperation strategy.

Minister Al-Mashat reviewed the ongoing project for Egypt’s transport sector worth €1.13bn, which was signed last December, in addition to discussing future projects that will be implemented in the sanitation and transport sector.

She also reviewed potential new areas of cooperation in the health, higher education, and agriculture sectors.

These are used to implement development projects with grants and soft financing in areas of interest, such as water, food security, clean transportation, rehabilitation of roads, electricity networks, and others.

Minister Al-Mashat praised the strategic partnership between Egypt and the EIB, which supports the National Development Strategy 2030. This is consistent with the United Nations (UN) sustainable development goals (SDGs), by providing development funds for priority projects in many sectors.

For her part, Palanza praised the Ministry of International Cooperation’s efforts to coordinate and boost relations between national authorities and development partners. These efforts will be reflected in the implementation of development projects in the country.

It is worth noting that the Ministry of International Cooperation’s ongoing development cooperation portfolio with the EIB amounts to €3.27bn.