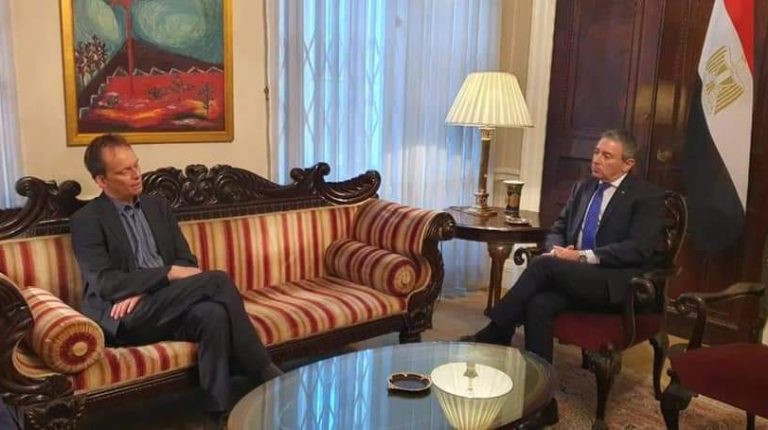 Egypt’s Embassy in the UK retrieved, on Thursday, three artefacts dating to the Pharaonic and Greco-Roman eras before they were sold at auction in London, according to a statement by the Ministry of Foreign Affairs.

The move comes as part of Egypt’s tireless efforts to restore precious artefacts that have been smuggled out of the country.

The statement highlighted the Ministry of Foreign Affairs’ efforts in cooperation with the Ministry of Tourism and Antiquities to preserve Egypt’s heritage, and bring back all smuggled artefacts.

Tarek Adel, Egypt’s Ambassador in London, lauded the cooperation between the Egyptian Government and the British Museum to stop the sale of the priceless pieces.

The Ministry of Tourism and Antiquities said, on Thursday, that efforts are underway to bring the three artefacts back to Egypt as soon as possible.

Adel received the three pieces after coordinating with the British Museum, the Ministry of Tourism and Antiquities said.

The retrieved pieces include an alabaster statue minus its head and feet that dates back to the Graeco-Roman era, and part of a wooden sarcophagus that may date back to the later Ancient Egyptian period, Shaaban Abdel-Gawad, Supervisor of the Retrieved Antiquities Department at the Ministry of Tourism and Antiquities, said.

The third piece is likely to be part of a sarcophagus, he added.

Abdel-Gawad said that the three pieces are not listed among the possessions of any museums and archaeological warehouses affiliated with the Supreme Council of Antiquities, but were probably the result of illegal excavation.