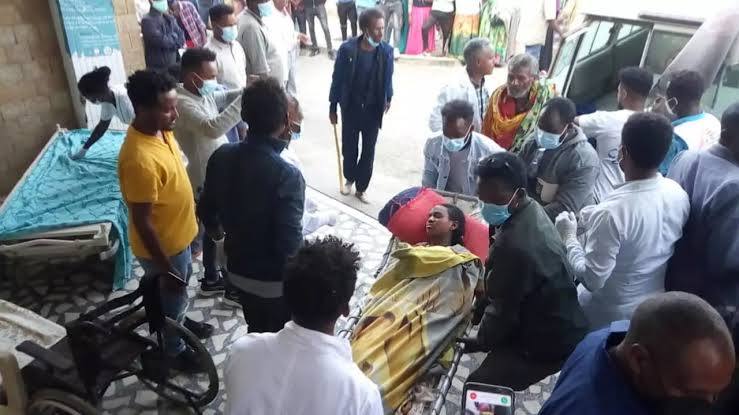 The US Department of State condemned, in a statement on Wednesday, the bombing of a village market in Ethiopia’s northern Tigray region which killed at least 51 people.

“The United States is gravely concerned by reports that dozens of civilians were killed or injured during a bombing of a village market in northern Tigray on 22 June,” the Statement read.

On Tuesday, an airstrike hit a busy market in the northern Tigray region village of Togoga and killed at least 51 people, according to health workers, who added that soldiers blocked medical teams from travelling to the scene.

An official with Tigray’s health bureau told the Associated Press (AP) that over 100 others were wounded, more than 50 seriously, and at least 33 people were still missing.

Commenting on the news, the US Department of State urged the Ethiopian authorities to ensure full and unhindered medical access to the victims immediately.

“We also called for an urgent and independent investigation, as well as remedial action, to hold those responsible for this attack accountable,” asserted the US Department of State.

The US urged an immediate ceasefire in the Tigray region, unhindered humanitarian access, and protection for civilians.

Moreover, the European Union (EU) also strongly condemned the deliberate targeting of civilians, asserting that the action as not justifiable and going against international humanitarian law.

The EU said, in a statement, “This is yet another attack adding up to the horrific series of International Humanitarian Law and human rights violations, atrocities, ethnic violence, combined with serious allegations of use of starvation and sexual violence as weapons of  conflict.”

The statement added, “If confirmed, the blocking of ambulances trying to provide medical assistance to the wounded after the bombardment is unacceptable and such practices constitute a grave violation of the Geneva Convention and of International Humanitarian Law.”

The EU reiterated the urgent call for an immediate ceasefire in Tigray, and for unrestricted humanitarian access to all those affected by the conflict in the region.

The statement added that it is time for the international community to wake up and take action. The High Representative of the EU for Foreign Affairs Josep Borrell has put Ethiopia on the agenda at the next Foreign Affairs Council in July to discuss with EU member states the actions in response.

The Ethiopian military has been battling forces loyal to the Tigray People’s Liberation Front (TPLF), the region’s former ruling party, since November 2020. Fighting has displaced two million people, and the UN has warned of a possible famine.