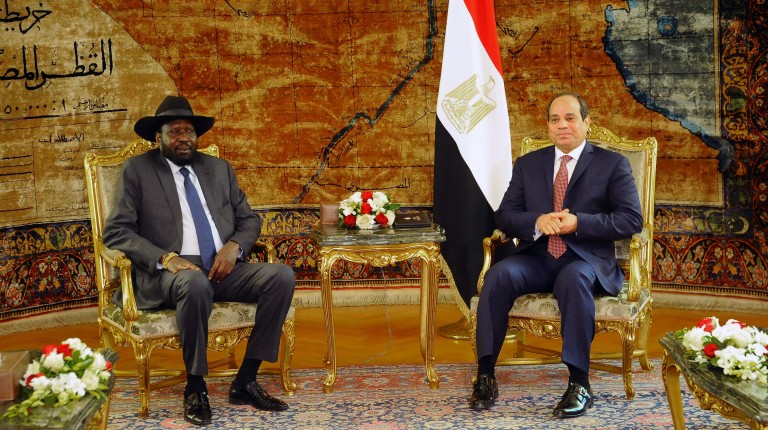 Egypt and South Sudan have signed a protocol for technical cooperation in water resources, which includes a project preparing feasibility studies for the construction of the multi-purpose Wau Dam in South Sudan.

The protocol was signed by the two countries’ Ministries of Water Resources and Irrigation.

The Wau Dam project is located on the Siwi River, one of the main branches of the Jur River in the Bahr al-Ghazal Basin, at a distance of 9 km south of Wau in southern Sudan. It aims to generate (10.4 MW, 64 Gwh/year) of electricity, in addition to providing drinking water to about 500,000 people and providing supplementary irrigation for about 30,000-40,000 feddan.

This comes as part of Egypt’s continued support for African countries, by implementing development projects to achieve stability, solve drinking water problems, and protect the people from the dangers of floods.

The Ministry of Water Resources and Irrigation has prepared integrated technical and economic studies for the project with the help of experts from the National Water Research Center.

This will see hydrological and hydraulic studies prepared, as well as survey works and contour maps for the dam site and storage lake. Additional work has been done on geological, geotechnical, construction, and environmental studies, and on initial designs for the dam and its facilities.

A contract was also signed with Egypt’s Ministry of Electricity and Renewable Energy to assign designs for the electrical station and its accessories. The contract includes a study of the station’s economic feasibility by one of the ministry’s specialised companies, which cooperated with a major consulting office to prepare the required studies.

The ministry has completed all the technical and economic studies and handed them over to the South Sudanese side.

Egypt has contributed to the establishment of a number of dams in Nile Basin countries, such as the Nalubaale Power Station, formerly known as the Owen Falls Dam in Uganda, and the Jebel Aulia Reservoir in Sudan.

This has taken place with the use of solar energy technology in a large number of groundwater wells, allowing for the sustainability of their operation.

Egypt has additionally implemented projects to purify waterways and protect against the dangers of floods, as well as the establishment of many fish farms and river marinas. This is in addition to the country’s involvement in the field of training and capacity building for technical employees from Nile Basin countries.