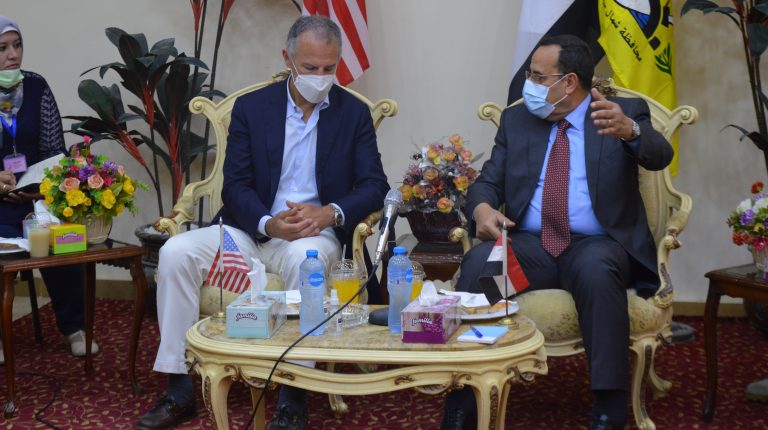 The US is committed to helping Egypt achieve peace and stability in North Sinai, said US Ambassador to Egypt Jonathan Cohen during his visit to Al Arish, last week.

Cohen expressed his pleasure that US investments in development and security contributed to the well-being of people living in the area.

During his visit to North Sinai, the ambassador had the opportunity to meet with North Sinai Governor Mohamed Abdel-Fadel Shousha.

Al Arish seawater desalination facility serves 126,000 residents. The plant was opened in 2020, and was part of a $50m North Sinai initiative aimed at ensuring all 450,000 residents have clean water.

In addition, the US has built 14 deep wells, six groundwater desalination plants, four water reservoirs, and procured 50 water distribution trucks. At the desalination plant, the ambassador and Margaret Sancho, Acting Mission Director of the US Agency for International Development (USAID), sampled the desalinated seawater straight from the tap.

Cohen also met with representatives of the Second Field Army, where he was briefed on the security situation in North Sinai.

He was also briefed on the importance of economic development in the fight against terrorism, and on the Mine-Resistant Ambush Protected vehicles (MRAPs) supplied to the Egyptian military by the US.