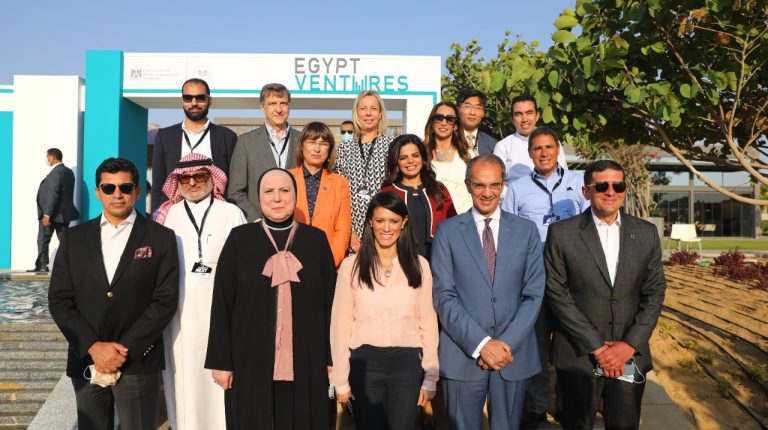 Egypt Ventures, a fintech-focused startup accelerator, has invested EGP 275m directly and indirectly in 174 startups since its establishment in 2017, according to Minister of International Cooperation Rania Al-Mashat.

The minister’s remarks were made during the Generation Next Forum, which was launched on Saturday in coordination between the Ministry of International Cooperation and Egypt Ventures.

The forum is being held under the auspices of Prime Minister Mostafa Madbouly, with the participation of: Rania Al-Mashat, Minister of International Cooperation; Amr Talaat, Minister of Communications and Information Technology; Ashraf Sobhy, Minister of Youth and Sports; and Nevine Gamea, Minister of Trade and Industry.

Other attendees at the event include members of the House of Representatives, alongside multilateral and bilateral development partners such as the World Bank and the United Nations (UN), and over 400 representatives from the entrepreneurship community.

The forum aims to invest in the future, and highlight the Egyptian Government’s commitment to enhancing entrepreneurship and investing in startups through Egypt Ventures.

The accelerator works on expanding the startups’ role in stimulating the Egyptian economy, and improving the entrepreneurial ecosystem. Egypt Ventures also aims to build competitiveness and catalyse GDP growth through direct and indirect investments.

Minister Al-Mashat said that the Generation Next Forum is an opportunity to showcase the efforts by Egypt Ventures, the first government-backed venture capital vehicle in Egypt, in enhancing the entrepreneurial ecosystem.

The minister noted that Egypt has the fastest-growing startups scene in the Middle East and North Africa (MENA) region.

She said that Egypt Ventures has formed a committee of experts in order to propose legislative reforms and ways of enhancing the ecosystem of tech startups.

Minister Al-Mashat pointed out that the company aims to achieve its short-term goals of providing alternative financing opportunities for Egyptian entrepreneurs, and opening the doors for local investments for Egyptians living abroad.

It also aims to exchange knowledge and strengthen international cooperation with Egyptian counterparts, whilst supporting startups to expand on the regional and international levels. At the same time, it aims to support these startups in building up their portfolios, which in turn will catalyse GDP growth.

Egypt Ventures’ long term goals encompass the company’s expansion in the Middle East and North Africa, while attracting foreign and local investments. Recently, the investments made by Egypt Ventures managed to attract quadruple their worth from national and global investments, vitalising its incubated startups.

Ahmed Gomaa, Chairperson and Managing Director of Egypt Ventures, explained that the company was established by the Ministry of International Cooperation, the General Authority for Investment and Free Zones (GAFI), and the Saudi Fund for Development.

Egypt Ventures seeks to invest in Egyptian workers and entrepreneurs, empower youth to innovate, and support the goals of economic development.

Gomaa said the company follows a unique system for its governance standards and the selection of investments. It has also succeeded in channelling investments worth EGP 145m in some of the most eminent business accelerators in Egypt, namely Falak Startups, EFG-EV Fintech and Flat6Labs.

This is in addition to EGP 130m of direct investments in companies with a maximum of EGP 30m per company.

Furthermore, Gomaa applauded the government’s support to enable startups to enhance the country’s position as a leading country in innovation and entrepreneurship by investing in the future.

This includes providing direct and indirect investments to emerging companies, and supporting their expansions at the local and regional levels. At the same time, there are efforts towards a more versatile and competitive scene for the private sector, to enhance the Egyptian economy.

The Generation Next Forum event will host several discussions covering a range of topics, including the role of international financial institutions (IFIs) in developing the work environment for technology-based startups.

It will also discuss the impact of partnerships with development partners to facilitate access to finance. This is alongside discussions on the action plan put forward for the implementation of the environmental, social and governance (ESG) principles and the achievement of the Sustainable Development Goals (SDGs) through startups.

The forum looks to promote Egypt as a destination for investment in the dynamic and tech-savvy startup scene. It also aims to address how to create effective cooperation between large companies and startups to stimulate innovation through development projects.

Egypt Ventures was established in September 2017 with a paid-up capital of EGP 451m, alongside the participation of the Ministry of International Cooperation, the Saudi Fund for Development (SFD), and NI Capital.

The company is focused on investing in tech-based businesses in order to facilitate their access to financing, especially bank financing which offers great opportunities for expansion and high investment returns.