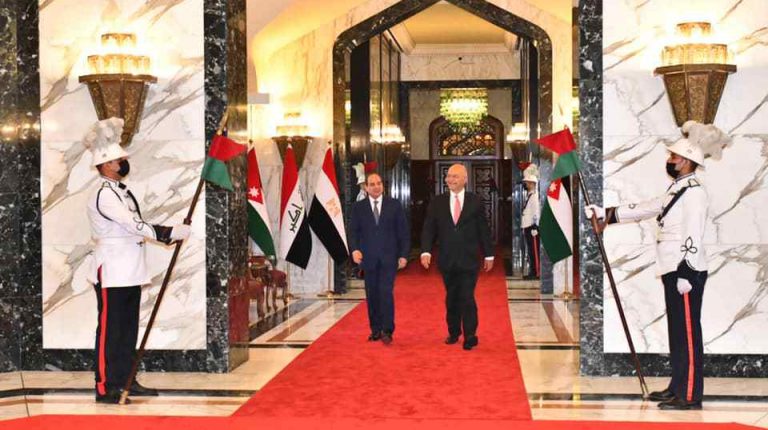 Egypt’s President Abdel Fattah Al-Sisi arrived in the Iraqi capital, Baghdad, on Sunday, to participate in a tripartite summit with King Abdullah II of Jordan and Prime Minister of Iraq Mustafa Al-Kadhimi.

It will be the fourth round of the tripartite cooperation mechanism that was launched in Cairo during March 2019.

Egyptian Presidency Spokesperson Bassam Rady stated that this was the first official visit by an Egyptian president to Iraq in 30 years. It showed the strength of relations between Egypt and Iraq.

Rady added that the Baghdad Summit will build on the previous three summits, evaluate progress in various fields of cooperation, and follow up on projects being implemented jointly.

Egyptian President is also expected to meet Iraqi Prime Minister separately to discuss strengthening economic and trade relations between the two countries, which have witnessed remarkable growth during the past few years, and address regional issues of common interest.