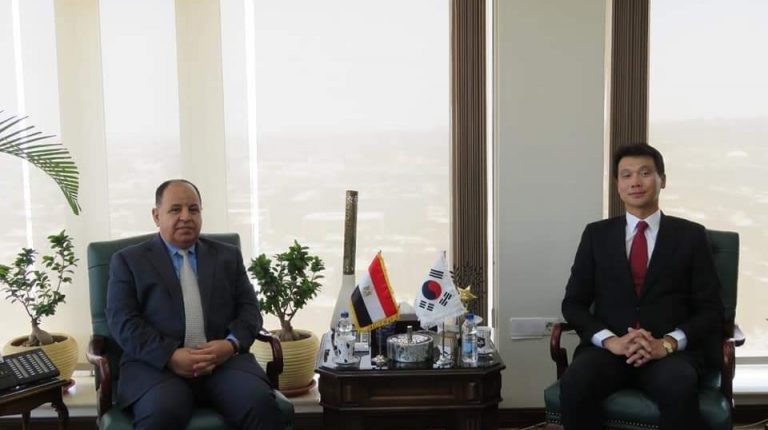 The Egyptian government will continue to implement structural reforms to enhance the private sector’s participation in development, according to Minister of Finance Mohamed Maait.

These reforms will come as an extension of the government’s economic reform programme, which it has successfully implemented over the past few years.

This will take place in a way that contributes to improving the business climate and attracting more investors, in light of the promising investment opportunities the country is witnessing in various sectors.

Maait said, during his meeting with the South Korean Ambassador in Cairo Hong Jin-wook, that Egypt is keen to develop relations between the two countries in all fields.

This comes in light of the growing volume of Korean investments in Egypt, which prompt Egypt to overcome all obstacles and solve any problems that Korean companies operating in Egypt may face in the country.

He added that during the meeting, the two sides discussed the amendments related to the double taxation prevention agreement concluded between the two countries. This aims to reduce tax evasion and double taxation to stimulate the investment climate.

The two sides also discussed ways to increase the volume of Korean investments in Egyptian bonds with the aim of diversifying financing tools. It comes in line with the strategy of debt management and reducing the cost of financing the budget deficit and financing the development plan.

Maait said that the coming period will witness further meetings and discussions to review financial developments at the global level, benefit from the experiences of the two countries’ financial policies, and exchange experiences in various fields.

For his part, Ambassador Hong praised the positive developments in various aspects of life in Egypt, and the leap in performance that the Egyptian economy is achieving.

He expressed his country’s aspiration to enhance ways of economic cooperation with Egypt, and increase the volume of Korean investments in light of the growth it is witnessing.

A Korean company has established a factory in Egypt that produces the tablet locally and exports it globally, according to the ambassador. There are also many Korean companies interested in pumping their investments in Egypt in various fields, most notably clean energy and seawater desalination.