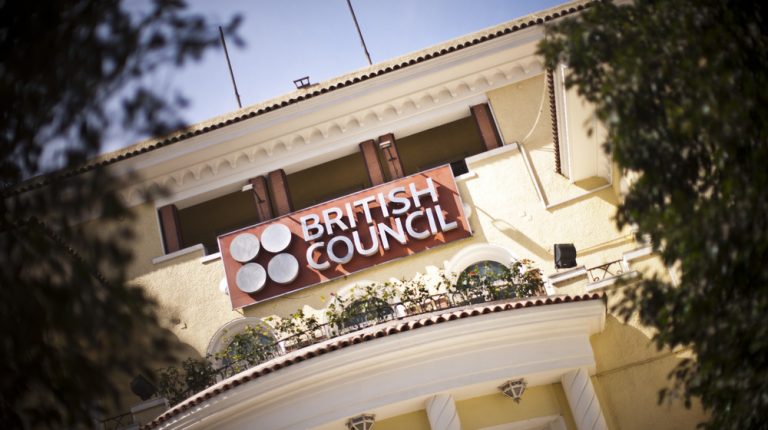 The British Council recently invited Active Citizens members to participate in a Civil Society Talk with Anne-Marie Trevelyan, the UK’s Secretary of State for Energy, Clean Growth and Climate Change, hosted by the British Embassy in Egypt.

The programme members discussed the role of civil society in finding innovative solutions through social action projects that include people from different communities in combatting climate change. The meeting took place at the British Embassy in Cairo, during Trevelyan’s strategic visit to Egypt.

Abdel Fattah Nada and Amina Emam joined the meeting as civil society members and community leaders, to showcase their grassroots initiatives in Egypt showing challenges and opportunities on their work.

The pair are leading the way on the delivery of Active Citizens activities, under the framework of The Climate Connection programme. This was recently launched by the British Council and the 26th UN Climate Change Conference of the Parties (COP26), which will be hosted by the UK in November.

The current initiatives that Nada and Emam lead on aim to empower  young people and  women in disadvantaged communities,  to start income generating projects that are sustainable and serve the environment.

Elizabeth White, Country Director at the British Council in Egypt, said, “Since its launch in 2009, the Active Citizens programme has provided hundreds of thousands of people worldwide with the social leadership skills to address some of the big social challenges of the 21st century.”

“It connects people locally and globally, developing their knowledge and skills to build fairer and more resilient societies,” White said, “We are proud of our latest civil society talk with British Secretary of State for Energy, Clean Growth and Climate Change and Active Citizens programme members which enriched their knowledge and will support them to build new skills and generate new ideas for social action.”

Nada said, “We are very happy that the work we are doing in Ezbet Khairallah is being recognised.”

“I strongly believe in cultural dialogue and how it can change people’s lives and make an impact, especially on those most vulnerable,” he added.

Active Citizens is a social leadership training programme that promotes intercultural dialogue and community-led social development. The programme has adapted to meet the needs of different individuals and diverse communities.

There have been successful examples of thematic innovation building on Active Citizens core content across social enterprise, youth, arts, sport, and mainstreaming gender and disability.

It is worth mentioning that Egypt has expressed interest to host the 27th UN Climate Change Conference of the Parties (COP27) as part of the UN system of regional rotation.

Egypt currently sits on the Energy transition council created by the UK government last year to support emerging economies in the transition to cleaner energy. It is a member of the Adaptation Action Coalition launched by UK Prime Minister Boris Johnson.