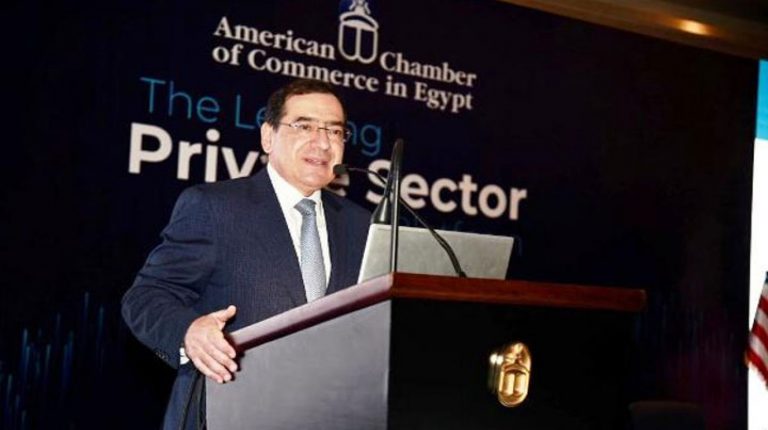 Egypt’s oil and gas sector has seen total investments of $27bn over the past four years, Minister of Petroleum and Mineral Wealth Tarek El Molla said on Monday.

The minister’s remarks came during a lunch meeting organised by the American Chamber of Commerce (AmCham) Egypt headed by Tarek Tawfik.

El Molla said that Egypt was suffering from a large deficit in its petroleum trade balance, “which began to decrease in 2018, then turned into an $800m surplus in 2020”.

He said that Egypt became a regional energy hub trusted by major international energy companies, particularly as it did not stop projects during the novel coronavirus (COVID-19) pandemic.​

“The demarcation of maritime borders with Cyprus and Greece provided Egypt with great opportunities in new explorations, which prompted major international companies to submit bids for new projects,” he continued.

Similarly, the maritime border agreement with Saudi Arabia paved the way for new explorations in the Red Sea, according to the Minister.

El Molla pointed out that, during the past seven years, Egypt has signed about 99 new agreements in the field of petroleum exploration, with investments amounting to about $27bn. This reflects the global interest in the sector in Egypt, and compares to the seven agreements Egypt signed during the period from 2010 to 2013.​

The minister pointed out that the country has connected 12.2 million households to the natural gas grid.

“About 50% of them were connected over the last seven years, and we aim to bring that number to 19 million within three years,” El Molla revealed.

Moreover, he pointed out that Egypt is seeking to increase natural gas fuel stations for cars to 1,000 stations by the end of this year.​

El Molla said that seven years ago, Egypt was suffering from a deficit in petroleum products that burdened the public treasury with about $6.3bn at the time.

In order to solve the issue, it was necessary to re-plan the petroleum subsidies in a manner that takes into account sustainable development, he added.