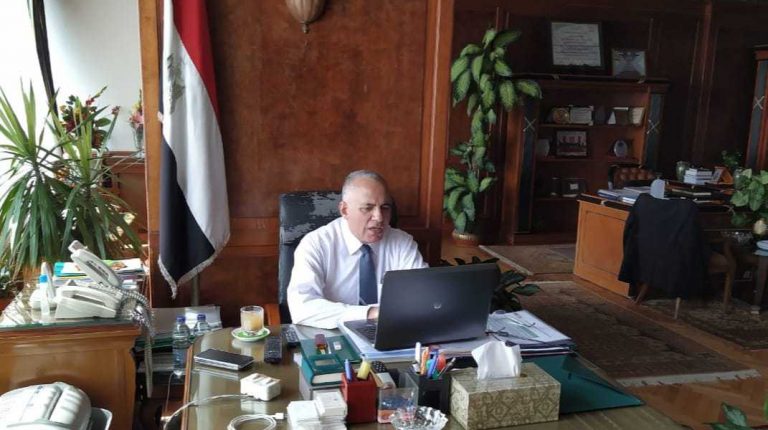 Egypt’s Supreme Committee of the Nile Water Flow, presided over by Minister of Water Resources and Irrigation Mohamed Abdel Atty, has reviewed the water situation in the country.

During the meeting on Monday, the committee also looked at the mechanisms of water management nationwide, to meet the demand of different sectors.

Abdel Atty addressed means of achieving optimum use of water resources during the period of maximum water consumption, in order to provide the farmers with the needed water in the agriculture season.

The committee also discussed flood forecasts, as the data indicated an increase in the rainfall on the up-streams of the River Nile, and promising indications regarding the level of this year’s flood.

Abdel Atty directed for his ministry’s bodies to consider the highest level of caution in managing the water stock in Lake Nasser, to achieve the optimum use of Egypt’s water resources.

The minister pointed out that the committee is in permanent session to follow up on rainfall rates at the sources of the River Nile. This would also be to determine the quantities of water reaching the Aswan High Dam Lake, enabling the ministry’s agencies to deal dynamically in managing the water system with the highest degree of efficiency.

He also stressed the need to continue raising the state of emergency across all the ministry’s departments nationwide, in order to review water levels in canals and drains. This would also ensure the readiness of bridge sectors to confront any emergency, as well as the readiness of all stations, electrical feeding lines, and emergency units.

Abdel Atty highlighted the need to monitor all forms of encroachments on the River Nile, as well as canals and drains. This would take place in an immediate and decisive response to such encroachments and removing them in coordination with the concerned state agencies.