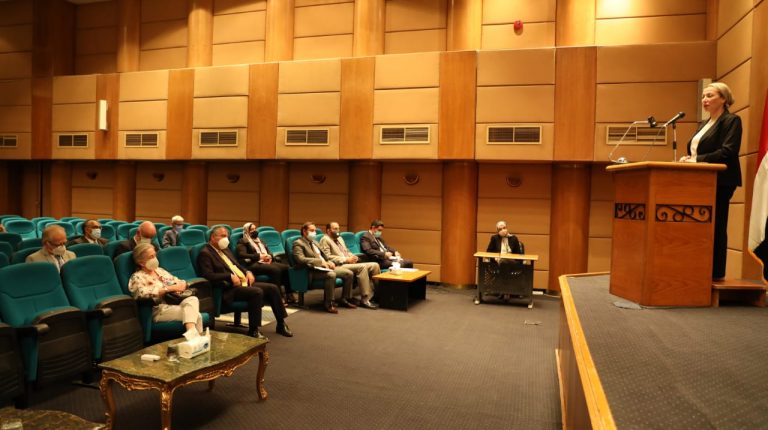 Egypt’s Minister of Environment Yasmine Fouad has met with a number of European Union (EU) representatives and Ambassadors to discuss support for Egypt’s hosting of the UN Climate Change Conference (COP27).

During her speech at the meeting, Fouad stressed the strength of previous joint cooperation between Egypt and the EU in environmental issues, and the investment of this cooperation in supporting the climate file locally and globally.

She also reviewed Egypt’s efforts at the national and international levels on the issue of climate change since 2015.

A statement by the Ministry of Environment, on Tuesday, noted that Egypt has taken several steps to integrate climate change in a larger number of ministries. The move has made climate change one of the pillars of the country’s strategic planning.

The Egyptian efforts have included working with development partners to attract climate finance in many areas, including facing energy shortages by implementing renewable energy projects and issuing its own tariffs under the umbrella of climate change mitigation projects.

Fouad noted that, with the support of other African countries, Egypt decided to bid to host the COP27 climate conference in 2022, to harness its efforts to let Africa host this important event.

She added that Egypt believes that, in light of the effects of climate change, a package of adaptation projects must be put in place. Egypt seeks to put these projects on the table at the upcoming COP26 climate conference, which will be chaired by the UK in November. This will witness a real implementation of the Paris Agreement and a balanced work schedule.