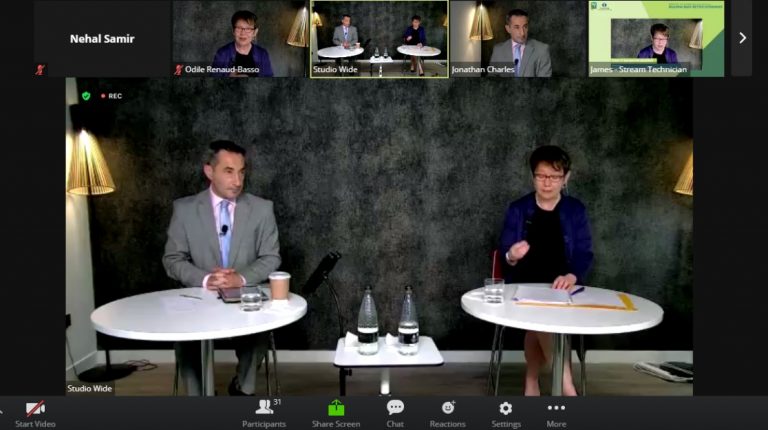 European Bank for Reconstruction and Development (EBRD) will discuss the bank’s strategy in Egypt for the next five years in early September, EBRD President Odile Renaud-Basso told Daily News Egypt on Friday.

During a Friday press conference on the sidelines of the EBRD’s 30th Annual Meeting and Business Forum, she revealed that the bank has started to engage in this process and that there will be a public consultation in early September.

Renaud-Basso confirmed that means a lot of work for the bank and the stakeholders, and for the country itself to define strategic objectives.

“I think from where we are now, the bank’s key objective in Egypt is to contribute to developing the private sector, and renewable energy,” she said.

“I think we’ve been doing very important progress in Egypt’s renewable sector with a big reform in the energy sector,“ Renaud-Basso added.

“When I was in Egypt we signed the loan for the country’s largest private solar plant in Kom Ombo, which is extremely competitive in terms of cost of solar energy produced in the country,” EBRD President explained.

Notably, In April, Renaud-Basso paid her first official visit to Egypt since entering office in November.

“During my visit, I also met with some innovative companies trying to launch startups, FinTech and technology companies. And I think these are very interesting areas on which we will need to focus more,” she said.

Renaud-Basso announced that the EBRD aims to become a majority green bank by 2025 with 50% of the bank’s investments in green projects across all the countries that they operate in.

She stressed that the bank is trying to push out as it can to have that in every country including Egypt.

Regarding Egypt’s economic performance, Renaud-Basso said that the Egyptian economy has been quite remarkable in 2020, as it was one of the few countries that achieved positive growth in EBRD’s countries of operation.

The current portfolio of cooperation between Egypt and the EBRD amounts to $1.3 bn. Since 2012, the EBRD has invested over €7.2 billion to implement 127 projects.