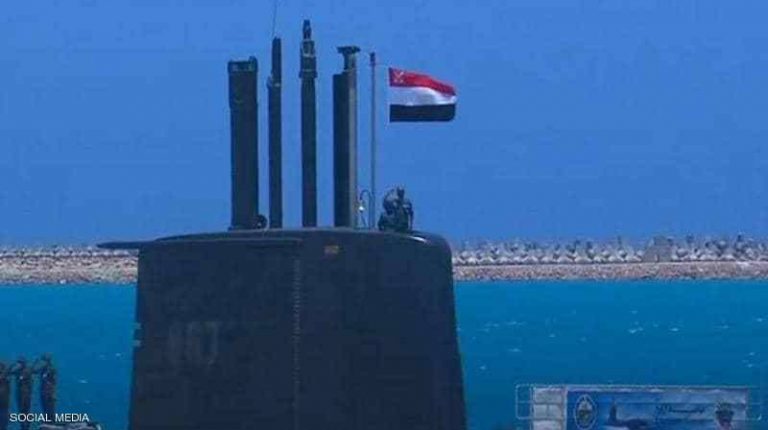 Egypt’s President Abdel-Fattah Al-Sisi inaugurated, on Saturday, the “3rd of July” naval base located in Gargoub area, on the country’s northwest coast.

The base was named “3rd of July” in memory of the incidents that followed the 30 June 2013 revolution.

The new base aims to secure the country’s northern and western strategic borders. It’s also tasked to secure the shipping lines in the area.

This is the latest addition to the Egyptian comprehensive development plan of the naval forces to confront any challenges in the Red and Mediterranean seas, as well as combat smuggling and illegal immigration.

In a speech, Commander of the Egyptian Naval Forces, Lieutenant-General Ahmed Khaled, reviewed the development and modernisation efforts in the naval forces.

The Egyptian Armed Forces organized a tour for media representatives at the military base.

It was built on an area of more than 10 million square metres, accommodating 74 facilities, in addition to an airstrip, VIP hall, training fields, and an operations center equipped with the latest technological systems.