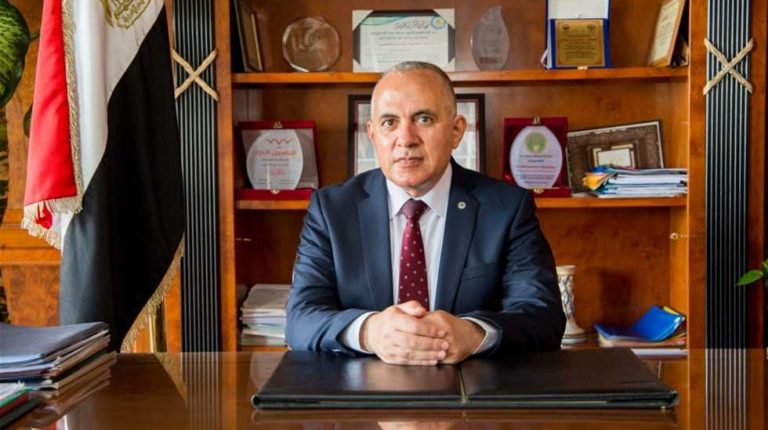 Egypt’s Ministry of Water Resources and Irrigation has announced that 2,017 km of canals have been rehabilitated so far, as part of the national canal rehabilitation project.

The ministry also noted that work is under way to implement another 5,514 km in the major project.

In a statement on Saturday, it said that financial allocations have been made to rehabilitate canals with lengths of up to 702 km, in preparation for offering them to contractors.

The project covers 8,233 km of canals across Egypt in its first phase, which is expected to be completed by mid-2022.

Minister of Water Resources and Irrigation Mohamed Abdel Atty said that there has been a significant improvement in the process of water management and distribution across the country.

This improvement has been encouraged by the official follow up on the water situation in the rehabilitated canals and the state of irrigation in the lands located within the project.

He explained that the project contributed to reducing the time required for irrigation along the canal, and resolving the problems of water shortage at the ends of the canals. It has also improved the access of all farmers to canals, for them to receive their share of water in a timely manner.

An improvement of water quality in the canals was noted after removing grasses, and halting the dumping of waste in the canals. Further improvement was also noted in the raising of the market value of agricultural land after the rehabilitation process.

Abdel Atty added that his ministry’s agencies are making significant efforts to implement the national project for the rehabilitation of canals. They are taking into account all technical requirements and standards, and testing stones and concrete to ensure that they conform to the specifications, quality, and dimensions required.

The Ministry of Water Resources and Irrigation has continued its efforts to encourage farmers to switch from the flood irrigation systems to modern irrigation systems. This aims to reduce water consumption, as one of the most important axes of the national water resources plan.