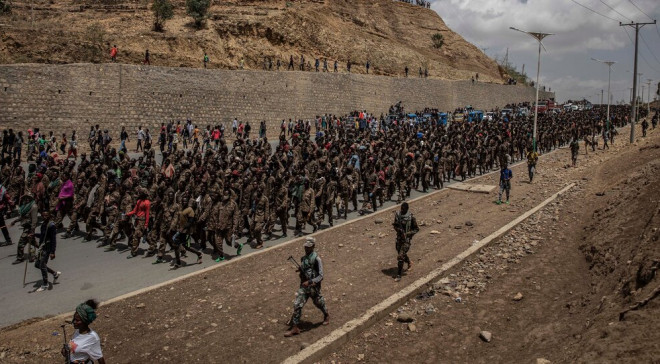 The United States Secretary of State Antony Blinken called for the complete withdrawal of Eritrean and Amhara region forces from Ethiopia’s Tigray.

This came during a phone call with the Ethiopian Prime Minister Abiy Ahmed on Tuesday, according to a press statement by the US Department of State.

He condemned the destruction of bridges into Tigray and other impediments to access, stressing the need for all parties to the conflict to commit to an immediate, indefinite, negotiated ceasefire.

Blinken urged Prime Minister Abiy to commit to the steps outlined in the United Nations Security Council on July 2. This includes full, safe, and unhindered humanitarian access to populations in need; the establishment of a transparent process to hold accountable those responsible for human rights abuses and atrocities; and an affirmation that neither the internal nor external borders of Ethiopia will be changed by force or in contravention of the constitution.

In addition, the Secretary emphasized the urgency of holding an inclusive political dialogue to begin the difficult work of forging a lasting resolution to the country’s ethnic and political divisions.

This comes a week after Ethiopia’s federal government declared a “unilateral ceasefire” in the Tigray region, as the region’s armed movement took control of the regional capital Mekelle, sparking celebrations on the streets.

The Tigray conflict which has been ongoing since November 2020, has killed thousands, displaced more than 2 million, and pushed the region toward famine.

“This is a complex country, very messy,” the leader of Tigray, Debretsion Gebremichael told New York Times in an interview. “Abiy had no experience, no maturity. But because of his ambition to be king or ruler of Ethiopia, he viewed us as obstacles in his way.”

Debretsion claimed to have crippled Ethiopia’s army, defeating seven of its 12 divisions and killing at least 18,000 soldiers.