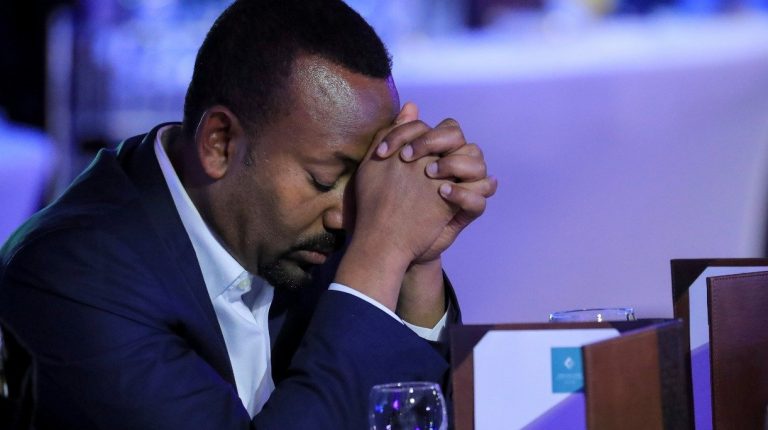 Ethiopia’s Prime Minister Abiy Ahmed has said that his country has no intention of harming other countries, referring to Egypt and Sudan, but instead wants to meet its energy needs.

He also called on the international community to recognise the ‘real intention’ of building the huge controversial dam.

Ahmed’s remarks came during his response to questions raised, on Monday, by members of the Ethiopian House of Peoples’ Representatives (HPR).

He said that Addis Ababa is constructing the Grand Ethiopian Renaissance Dam (GERD) to address the country’s demand for electricity, without posing threat to the downstream countries.

“Here, Ethiopia’s interest is just to address the country’s demand for electricity, to reduce the concerns of Sudan and Egypt as well as bring a lasting peace and prosperity for our region,” he said.

Ahmed claimed that both Egypt and Sudan may get more water than they already do, if they let Ethiopia “plant billions of seedlings”. He also stressed that his country wants peace and prosperity.

“Our green legacy initiative will help to increase the amount of rain and water as well as reduce water loss that could ensure the water security for us and others in the region,” he added.

Meanwhile, Abbas Sharaky, Professor of Geology and Water Resources at Cairo University, said that the process of the GERD’s second filling has officially begun, according to the satellite images he has obtained.

He also said that the first filling began early in July 2020, and continued until the 21st of the same month, meaning that about 5 billion cbm was stored. On 14 April 2021, Ethiopia opened the first two gates of the dam, and about 1 billion cbm of the first storage were drained until 25 June.

Sharaky added that the flood will start from the top of the middle corridor with its new height of 573 metres, with a second storage capacity of about 3 billion cbm, in addition to the 5 billion cbm of the first storage, for a total of 8 billion cbm.

Seleshi Bekele, Ethiopia’s Minister of Water, Irrigation and Energy, confirmed that construction works of the project had been completed by 80%, and that the second filling would end on 22 July.

A UN Security Council session will be held, on Thursday, to consider Egypt and Sudan’s complaint against Ethiopia to reach a just, comprehensive and binding solution on the GERD issue.