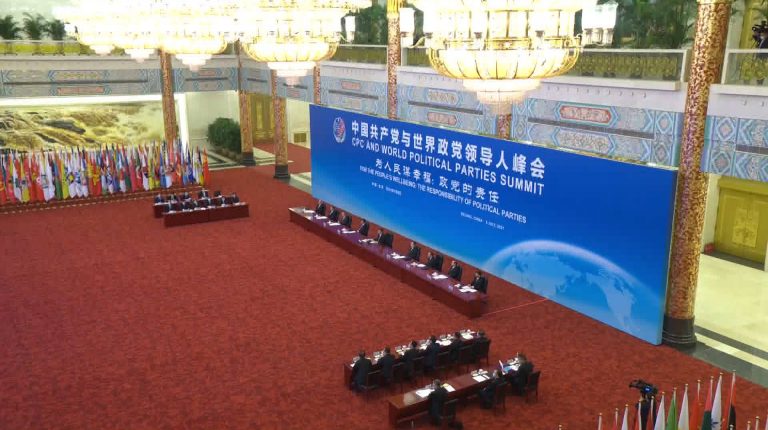 Xi Jinping, general secretary of the Communist Party of China (CPC) Central Committee and Chinese president, on Tuesday said international rules should be based on universally-recognized norms rather than rules of the few.

Cooperation among countries should aim at serving all mankind instead of seeking hegemony by way of group politics, Xi said.

Xi made the remarks while delivering a keynote speech at the CPC and World Political Parties Summit via video link in Beijing.