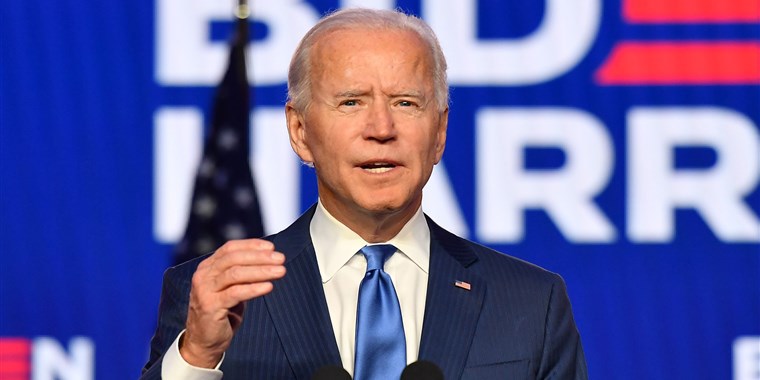 American democracy has become more threatened than ever before, after it was, for two entire centuries, an example and a living model to be emulated.

In fact, democracy, in general, is suffering from a crisis, especially after the protests by the yellow jackets in France and the implementation of Brexit in the UK. Nevertheless, the situation in the US is quite different, as the crisis of democracy has reached a dreadful climax that threatens to undermine the democratic system in the country.

The practices that the Republican Party is currently carrying out to win the upcoming elections are not just the internal machinations of a political party. It is a real political crisis that reaches the highest levels of tension and polarisation.

It is no exaggeration to say that the US political system is today witnessing a radical transformation that will define the system of government for decades to come.

The current equation is: either the American voter chooses democracy and accepts pluralism, equality, and rejects racism; or the authoritarian fascist discourse promoted by the Republican Party wins and succeeds in attracting voters.

Over the past few decades, the Republican Party has gone through a series of ideological shifts, from traditional conservatism to reactionary, and finally to what we might define as “primitive fascism” where irrationality has become the driving force within the party.

Indeed, the Republican Party today is so wrapped up in extremist and irrational beliefs that even the far-right parties and movements in Europe, including Marine Le Pen’s National Rally, seem traditional by comparison.

This shift has been incremental for many years, and in truth, these recent transformations would not have been possible without the presence of really intolerant groups within American culture.

Despite this, the Republican Party’s political identity in recent years has been largely shaped by former President Donald Trump, who remains the “great white hope” for many voters. It is these voters who believe in the idea of ​​a stolen election and support current Grand Old Party (GOP) efforts aimed at undermining the democratic system.

In their seminal book, How Democracies Die, Steven Levitsky and Daniel Ziblatt argue that history has shown in most cases that “democracies die slowly unnoticed” as they are “corrupted by leaders who abuse them”, as the fertile soil of democracy is razed for too long.

This is certainly what we are witnessing in American society today. The failure of democracy in the US has been linked to the arrival of a dogmatic person coming from the world of finance and business to the presidency of the US to manage political affairs and manage the public sphere.

Trump’s arrival to power was the beginning of the demolition of the US political system built by the first founders of democracy. The former president, and those who stand behind him, work to undermine and kill democracy in the name of democracy, and through approved democratic tools.

Examples of this are many and numerous, and most importantly, they are also very clear. For example, between 2016 and 2020, the Republican Party allowed Trump to rely on family members rather than government professionals as White House advisers.

Also midway through his term, the president fired or solicited the resignations of political appointees from his party who had been confirmed by the Senate when they sought to perform their legitimate functions. In addition, the 2020 Republican convention refused to adopt a political programme. Instead, Trump allowed the party to reflect the whims of its leader.

Most importantly, the vast majority of voters and Republican officials deliberately denied the outcome of the 2020 election, and refused to acknowledge the seriousness of the 6 January attack on the Capitol. The party also fired Rep Liz Cheney when she refused to repeat the party’s lies about election fraud.

The Republican Party is also working so hard these days to sow panic among Americans of immigrants and refugees, that the Governor of Texas just days ago toured the border with Mexico accompanying Trump. He pledged to finish building the border wall, on which construction was begun under Trump, criticising [incumbent President] Joe Biden’s pro-immigration policies.

Most dangerously, the division and polarisation, especially in the elections, have become very visible. Republican lawmakers in the states they control have submitted hundreds of bills for laws that would tighten access to voting across the country, targeting voting by mail and other policies that helped achieve the highest turnout among American voters for more than a century.

This repeats Trump’s false claims that loose election laws allowed fraud to distort the 2020 White House race. In the opposite direction, some Democratic-controlled states have moved, agreeing to more lenient voting policies to complement proposed federal legislation to protect voting rights with a set of national standards.

Without a doubt, Trump has made the Republican Party a political movement that embraces fraud, deception, and voter intimidation as the basis for its electoral survival and success.

Republicans have also succeeded in undermining the two most important criteria upon which American democracy is built, namely: mutual tolerance, or the realisation that competing parties must accept each other’s existence, and the idea that politicians must exercise restraint in the use of their institutional powers.

In fact, the problem does not lie with Trump, but the real problem lies in the practices and orientations of the Republican Party itself. The party has contributed to making Trump and enabling him to rule is capable of creating thousands of candidates like Trump.