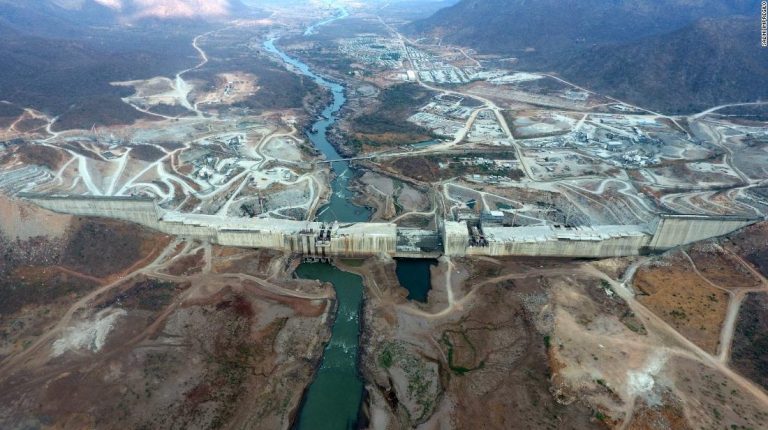 Egypt and Sudan have made progress by taking the issue of the Ethiopian controversial dam to the United Nations (UN) Security Council, but this progress is conditional according to Amani Al-Tawil, Director of the African Program at Al-Ahram Centre for Political and Strategic Studies.

Al-Tawil told Daily News Egypt that the one condition for that progress is the council’s acceptance of the Tunisian proposal to end the dispute over the Grand Ethiopian Renaissance Dam (GERD).

On Tuesday, Tunisia, in its capacity as the representative of the Arab group at the UN Security Council, circulated to the council’s members a draft resolution on the disputed Ethiopian dam.

The draft resolution urges Ethiopia to refrain from unilaterally filling the dam’s reservoir. It called on the three countries involved in the dispute, Egypt, Sudan, and Ethiopia, to resume negotiations at the invitation of the African Union (AU) and the UN.

It also called on the three countries to refrain from taking any action that would jeopardise the negotiation process, and to draw up a text of a legally binding agreement on the issue within six months.

Al-Tawil said that, if the council adopted the Tunisian proposal, this would pressurise Addis Ababa to commit to the will of the international community, and provide an effective mechanism on monitoring the Ethiopian actions.

She also pointed to the failure of the AU in finding a solution for the crisis which made both Egypt and Sudan resort to the UN seeking an international intervention.

“The other options available to Egypt may include what President Abdel Fattah Al-Sisi and the military spokesperson have alluded to before,” Al-Tawil said, referring to the potentiality of resorting to military options to end the crisis.

On Thursday, the UN Security Council will hold a session to consider Egypt and Sudan’s complaint against Ethiopia to reach a just, comprehensive, and binding solution on the GERD issue.

The session will be the second of its kind after a session held a year ago, which ended with the parties to the crisis urging dialogue, under the umbrella of the African Union.