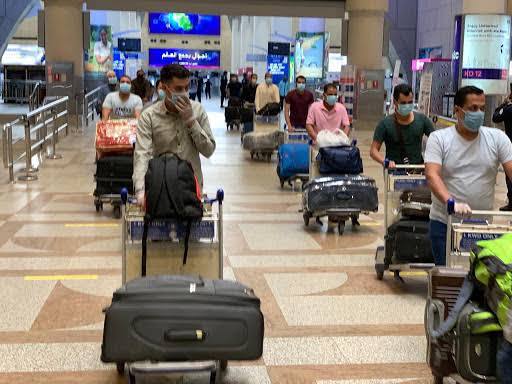 Nabila Makram, Egypt’s Minister of State for Emigration and Egyptian Expatriates’ Affairs, on Saturday expressed the country’s appreciation of the UAE’s efforts in resolving the issue of stranded Egyptians.

Several Egyptians were left stranded in transit in the UAE when Saudi Arabia stopped all inbound travel to its territories, as a precautionary measure to confront the novel coronavirus (COVID-19) pandemic.

Makram said that the coordination in the past few days between Egypt and the UAE to resolve the issue of the stranded Egyptians reflected the depth of the relations between the two countries.

Both countries have worked to ensure the safe return of those Egyptian stranded in the UAE via Emirates Airlines, as well as the cancelation of the fines for amending the date of their tickets.

The minister asserted that, starting from 8 July, an air bridge between Egypt and the UAE was launched to facilitate the return of Egyptians.

She added that stranded Egyptians who have individually travelled through Emirati companies and did not make a reservation through tourism companies, must fill out the registration form provided by the Ministry of Emigration and Egyptian Expatriates Affairs.

The travellers are requested to indicate their ticket number, and the name of the airline they will travel through.

Makram appealed to Egyptian citizens stranded in the UAE to abide by the laws of the host country, in the wake of the Saudi decision to stop receiving non-citizens. This aims to protect Egyptian citizens, and to ensure that they are not subjected to legal accountability in the UAE.