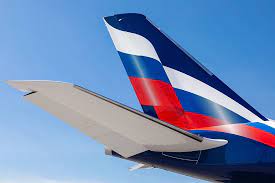 Egypt has welcomed Russia’s decision to lift the ban on charter flights to and from Egypt, following a presidential decree issued by the Kremlin.

Egypt expressed its hopes for the speedy return of tourism from Russia to Egyptian resorts, which would enhance bilateral cooperation in the sector.

It confirmed that it is working to secure Russian tourism to the country in light of the precautionary measures to contain the novel coronavirus (COVID-19) pandemic.

Egypt said that Russian President Vladimir Putin’s decision reflects the strength of relations between the two countries at all levels, which are witnessing momentum in various fields.

Moscow suspended flights to and from Egypt after an Airbus-321 passenger plane belonging to a Russian airline crashed over Sinai at the end of October 2015.

The accident claimed the lives of 224 people on board, and it was later revealed that it had crashed as a result of a terrorist act.

Following the incident, only regular flights to Cairo International Airport were resumed, while charter flights remained suspended to Egypt’s tourism hotspots of Sharm El-Sheikh and Hurghada.

In April, Egypt and Russia agreed to resume full air traffic between the two countries, including Hurghada and Sharm El-Sheikh.