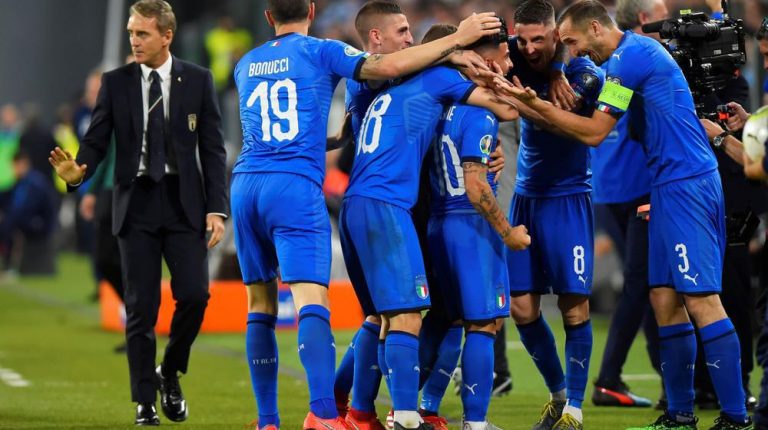 Football fans are avidly expecting the Euro 2020 final on Sunday night, with many asking themselves who, of Italy and England, will take the top prize.

England have, for the first time, reached the UEFA Euro 2020 final, which will take place at Wembley Stadium in London, where they will meet Italy.

England, under the leadership of Gareth Southgate, won 15 of their last 17 matches at Wembley Stadium in all competitions. The team scored 46 goals and conceded five, making the stadium a potential hiccup for the Italian guests.

The Sunday’s clash will be England’s first final match at an international competition since 1966.

In the 1966 World Cup, England defeated West Germany 4-2, and won the only title in the team’s history.

Gareth Southgate succeeded in expelling the curse that has afflicted England. They are now close to achieving their first continental glory.

The English squad includes many stars which present a balanced performance, between attack and defence, led by Harry Kane, Raheem Sterling, Marcus Rashford, and Phil Foden. The team has become stronger by adding young players such as Mason Mount, Bukayo Saka, and Jadon Sancho.

Kane has been England’s top scorer in the Euro 2020 as well as the English Premier League last season.

On the other hand, Italy, led by coach Roberto Mancini, have not been defeated in the last 33 games. Mancini has not also lost against an English team in any major events. The Azzurri seek to continue their fantastic run which started since 2018.

Mancini has succeeded in forming a team that could restore the Azzurri’s lustre, with a strong midfield led by Brazilian-born Chelsea star Jorghino, and Marco Verratti of Paris Saint-Germain. He relies on Lazio’s Ciro Immobile, as well as Lorenzo Insigne from Napoli, and Federico Chiesa of Juventus in the attacking line.