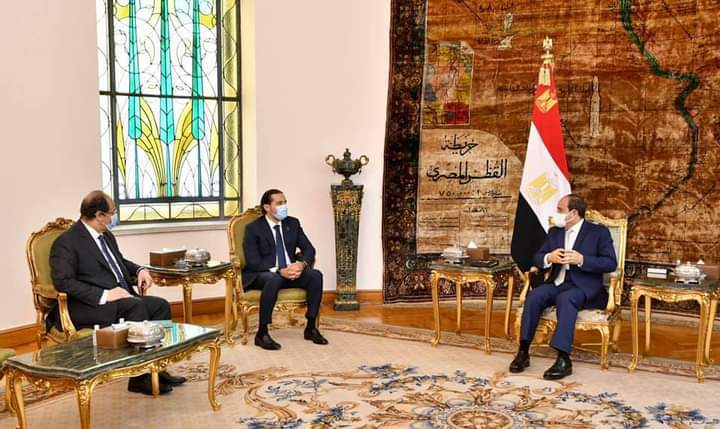 The president’s remarks came as he received Hariri in Cairo, in the presence of Minister of Foreign Affairs Sameh Shoukry, and Abbas Kamel, head of the General Intelligence Services (GIS).

Presidency Spokesperson Bassam Rady added that the President also noted that the plan aims to deal with the current challenges Lebanon faces.

He stressed the importance of the concerted efforts of all to settle any disputes and differences in this context, in order to pull Lebanon out of the situation it is currently suffering from.

Al-Sisi called for Lebanon’s national interest to be upheld, in a way that helps preserve the capabilities of the Lebanese people and the country’s unity.

He noted Lebanon’s pride in the strong historical relations linking the two countries, which are based on solidarity and brotherhood. He also highlighted his country’s appreciation of the vital Egyptian role as a mainstay in maintaining stability in Lebanon, and the Arab region as a whole.

Rady said that the meeting reviewed the political scene in Lebanon, in addition to ways to enhance the existing bilateral cooperation frameworks between the two countries. The two sides also reviewed and discussed developments in the most prominent regional situations.

Shoukry called on Lebanon’s political parties “to put the supreme interest of the country above narrow interests”. Posting via Twitter, Hariri also quoted Shoukry as assuring that “Egypt supports Lebanon to help it get out of its current situation”.

The visit comes as Lebanon has been without an active government since August 2020, since the resignation of former Prime Minister Hassan Diab in the aftermath of the Beirut Port blast.

Lebanon is suffering from its worst economic crisis in 30 years, with thousands losing their jobs and price hikes threatening the ability of millions of Lebanese to afford basic necessities amid the novel coronavirus (COVID-19) pandemic.

The Lebanese Lira plummeted to historic lows, as many lenders have held off support until a new government is constituted. The country is also one of the most indebted in the world, owing creditors some $90bn, or 170%, of its GDP.