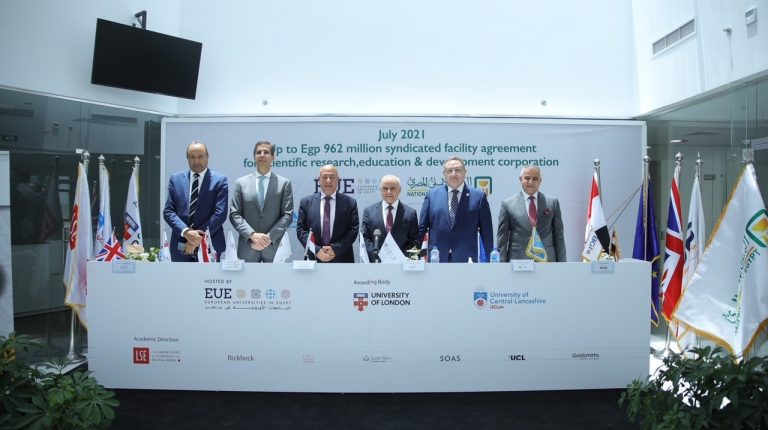 The National Bank of Egypt (NBE) has led a banking consortium as a financing agent for a syndicated facility agreement of EGP 962m for the Scientific Research, Education, and Development Corporation to establish branches of European universities in Egypt.

The banking consortium comprises the Industrial Development Bank of Egypt (IDB) and the Egyptian Arab Land Bank (EALB), according to a statement on Thursday.

Yehya Aboul Fotouh, Vice Chairperson of the NBE, said that the financing comes in light of the bank’s strategy which aims to provide the necessary funds for projects in various vital fields, including higher education and scientific research.

He added that the University of London will offer 12 distinguished majors in economics, political and administrative sciences, international relations, international development, and others.

Medhat Kamar, Chairperson of the EALB, expressed his happiness that the Bank is one of the financiers of the new scientific research project.

Hamdi Azzam, Vice Chairperson of the IDB, said the Bank’s interest in education came due to its reflection on achieving comprehensive development.

Ayman Hegazy, Head of Corporate Finance at the NBE, indicated that the consortium aims to contribute to financing part of the investment cost of the project, which consists of five phases comprising 16 buildings.