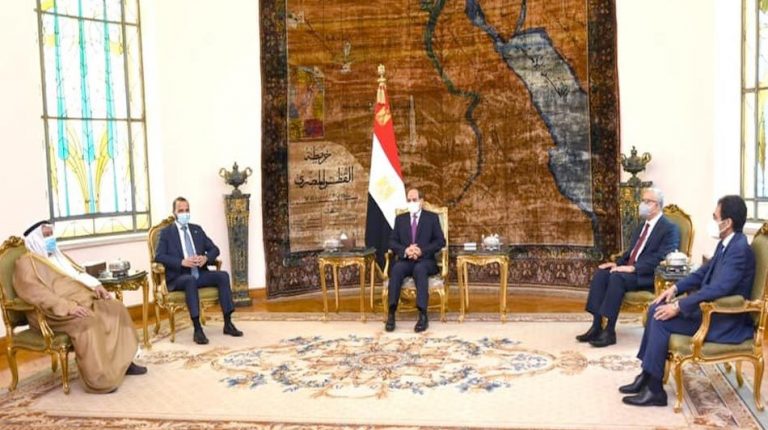 The meeting took place in the presence of the latter’s Egyptian counterpart, Hanafi Gebali, and Kuwait’s Ambassador to Cairo Mohammed Al-Dhuwaikh.

The President also expressed Egypt’s keenness to continue developing cooperation between the two countries in all fields, while expressing his appreciation for the generous care enjoyed by the Egyptian community in Kuwait.

He also noted that Kuwait appreciates Egypt’s role in maintaining the security and stability of the Arab world, and its contributions to the consolidation of security, stability, and development at the regional level.

The meeting also saw consultations regarding developments in the regional arena, where Al-Sisi stressed the link between the Gulf Cooperation Council (GCC) area security and Egyptian national security.

The President also pointed to the importance of continuing coordination, along with the vigorous commonality of all Arab countries to face the challenges that swirl the region, against the background of the huge energies and capabilities of the Arab countries.