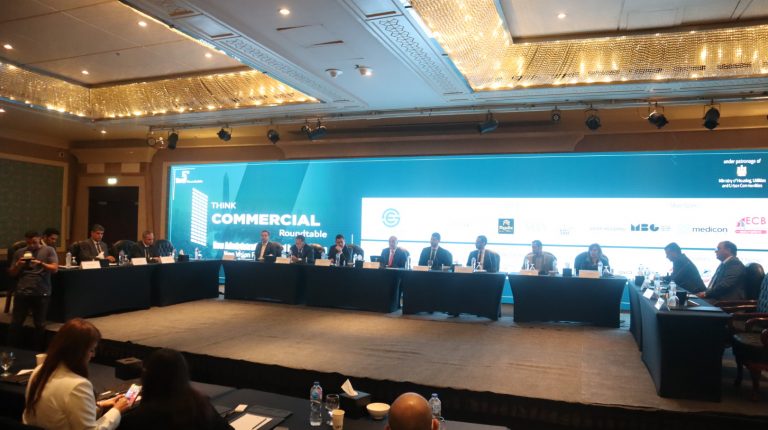 He noted that the major national development, which has also supported the launch of modern roads and other projects, reflects the Egyptian state’s ambition to launch new cities to compete with global counterparts.

Speaking at the fifth edition of the Think Commercial Roundtable, on Wednesday, Shalaby added that Egypt has 61 new cities, and work is underway in 37 new cities that the state is currently constructing.

He noted that the state is not only developing new projects, but it is also removing slums and transferring citizens to better housing and a better life.

Shalaby said that the NAC reflects a new vision for Egypt and a new awareness of launching a smart and sustainable city. The project has contributed to the emergence of a new generation of real estate developers who are implementing various projects.

He further noted that there is an increase in the volume of supply in the real estate market for residential, commercial, and administrative units, and long payment systems have now been made available for clients.

Mohamed Abd Elghany, Chairperson of Engineering Consulting Bureau (ECB), said that the NAC has allowed for the entry of new developers, which has led to an increase in competition.

“With the short implementation period and the payment of high instalments, there has become a challenge to sell in the NAC’s projects,” he said, “These developments prompted companies to pay high rates to marketing companies to speed up selling rates, and there was a gap between what is required to be paid for project construction and his financial liquidity, which may lead to problems and financial failure for some developers and thus affect the entire New Capital project.”

Meanwhile, Mohammed Al-Hadidi, General Manager of Edge Holding for Urban Development, said that the private sector, along with the Egyptian Government, is contributing to the NAC’s implementation.

He pointed out the possibility of an authority that would develop a general investment strategy in the NAC that would look to attract the largest companies in the Gulf Cooperation Council (GCC) countries during a certain period. This would help accelerate the development of the city.

He stressed the need to place the NAC on the tourist and entertainment map, whilst ensuring that it maintains visitor numbers throughout the year by paying attention to recreational activities.