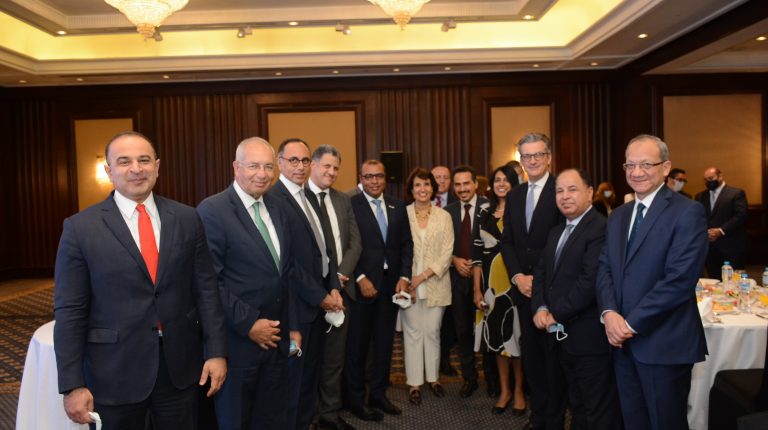 The British Egyptian Business Association (BEBA) has held an event to bid farewell to Sir Geoffrey Adams, the UK’s Ambassador to Egypt, who is stepping down from the role.

The event was attended by: Mohamed Maait, Minister of Finance; Yehia Zaki, Chairperson of the Suez Canal Economic Zone (SCZone); and Ahmed Kamaly, Deputy Minister of Planning and Economic Development.

Adams officially announced that he will leave his position in August 2021, after serving as the UK’s Ambassador to Egypt since September 2018. He began his diplomatic career in 1979, and has served as the UK’s Ambassador to the Netherlands and Iran, and as the UK Permanent Representative to the Organization for the Prohibition of Chemical Weapons (OPCW) prior to his assignment to Egypt.

The event featured welcoming remarks from BEBA Chairperson Khaled Nosseir, followed by a speech from Adams. It concluded with a recognition from Nosseir, on behalf of BEBA, and a gift presented on behalf of Hala El-Said, Minister of Planning and Economic Development, by Kamaly.

In a statement, Adams said, “It has been a privilege to represent the UK in Egypt for the past four years. The two countries have a long history of strong bilateral ties, and it is my honour to have played a part in strengthening these ties during my term.”

Nosseir said, “It has been a pleasure working with the team at the Embassy. The ambassador’s contribution in enhancing Egyptian-British relations has been invaluable, both in supporting private sector businesses as well as sectors concerned with Egypt’s socio-economic development.”

Adams brought unprecedented expertise to the country through his position as the Deputy Head of Mission in Egypt from 1998 to 2001. His other previous posts, in a long and distinguished career, include serving as Director General (Political) at the Foreign and Commonwealth Office (FCO), Director for the Middle East and North Africa, Consul General in Jerusalem, and Principal Private Secretary to the Secretary of State for Foreign and Commonwealth Affairs.