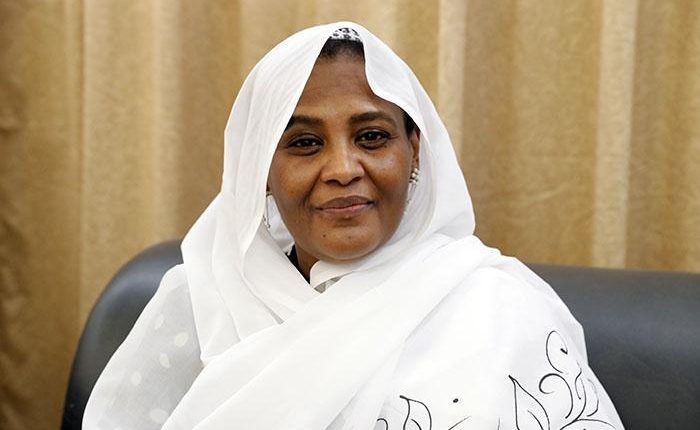 Sudanese Minister of Foreign Affairs, Maryam Al-Sadiq Al-Mahdi, has revealed that her country may resort to the United Nations Human Rights Council regarding the unilateral Ethiopian actions in the Grand Ethiopian Renaissance Dam (GERD) crisis.

Sudan will also pursue legal actions, with a specialised team working on this matter, she added.

“We may go to the United Nations Human Rights Council, and experts are now working on this possibility, and they will decide and announce exactly what we can do,” Al-Mahdi stated.

She added that Khartoum explained to world organisations, specifically the Security Council, that “the unilateral Ethiopian measures can threaten peace and security in Sudan, while the Ethiopians insist on violating the international law.”

The Sudanese minister accused Ethiopia of “violating the principles of good neighbourliness”, expressing her country’s aspiration for the UN Security Council to issue “clear instructions for the three countries to resume negotiations in good faith, and to reach an agreement as quickly as possible.”

She added, “We now have 122 months of fruitless negotiations, and this is a direct threat to the security of the Sudanese and Egyptians. Therefore, we are waiting for the United Nations to show its responsibility and lead us to conclude a legal agreement in a short period of time.”

The Sudanese minister expressed her confidence that a period of 6 months is “more than enough” to achieve this goal.

“Sudan has been cooperating with Ethiopia from the beginning in developing the Blue Nile region and hoped that the Dam would benefit both countries as the largest hydroelectric power station on the African continent,” Al-Mahdi said. “The idea of ​​the Dam appeared in 2011. In the same year, we arranged negotiations in Khartoum between Sudan, Ethiopia, and Egypt. The Declaration of Establishment was jointly developed and signed by the presidents [of the three countries], at the time, which showed how building this dam will lead to cooperation between the three countries.”

However, she indicated that “Addis Ababa has abandoned cooperation, as it decided last year to launch the process of filling the dam unilaterally.”

Al-Mahdi warned that the unilateral filling “is very harmful for Sudan and will have a (negative) impact on the economy, people’s safety and politically,” pointing out that there is another serious problem, which is the problem of trust between Sudan and Ethiopia.

Intransigent Ethiopia continues to escalate by taking unilateral measures related to the filling and operation of the dam, amid the failure of African and international mediation to resolve the crisis that has been going on for more than 10 years.

Last Thursday, the UN Security Council held a special session to discuss the developments of the Renaissance Dam, against the background of Ethiopia’s announcement of launching the second phase of its unilateral filling, in flagrant violation and clear violation of international laws, especially the agreement of principles signed with Egypt and Sudan in March 2015.

Egypt, Sudan, and Ethiopia have fought marathon negotiations for a decade, but to no avail.