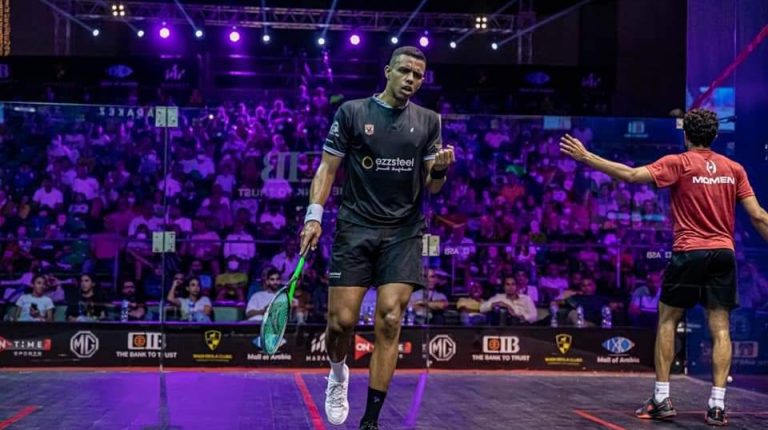 The delay in obtaining the US visa has prevented five Egyptian stars from participating in the World Squash Championship, hosted by Chicago.

The championship, which kicked off on Wednesday, comes with financial prizes of up to $500,000 for men and women.

Al Ahly’s Mostafa Assal, ranked No 9 in the world, joined a list of four other stars who were denied participation in the tournament due to the delay in obtaining the visa. Other Egyptian players who have been affected by the delay are Mazen Gamal, Maryam Metwally, Yathrib Adel, and Jana Shiha.

Asal’s withdrawal came after the delay in obtaining a visa, as well as not having been able to find flights for the trip to Chicago, after obtaining the visa late.

Asal said, “Unfortunately, I will not be able to catch up with the 2021 World Squash Championship, as I have just obtained the visa.”

“Unfortunately, there is no suitable flight plan to take me to Chicago before the match, which led to my withdrawal from the tournament, to which I was a strong candidate,” he added.

Asal also said, “In the end, I would like to thank everyone who spared no effort to help me, led by director Jahanzab Masoud, the best manager in the world, without whom I would not have obtained the visa in the first place, Ashraf Sobhy, Minister of Youth and Sports, Captain Amir Wagih, and the board of directors at Al-Ahly.”

It is noteworthy that Asal recently entered the Top 10 on the world squash rankings to occupy ninth place, after winning the Eight Greats Championship that was held in Egypt, winning against World No 2 Mohamed El Shorbagy.