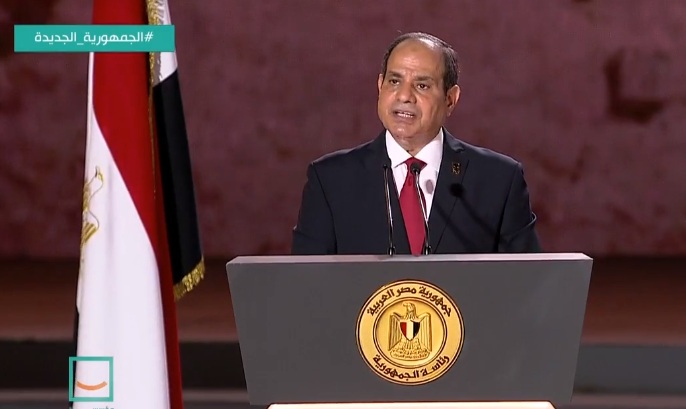 Egypt’s President Abdel-Fattah Al-Sisi said on Thursday that Egypt’s national security is “a red line that cannot be crossed, whether people like it or not. He reemphasised Egypt’s demand that Ethiopia and Sudan sign a legally binding agreement on the filling and operation of the Grand Ethiopian Renaissance Dam (GERD).

The Egyptian President statements came during the inauguration of the Decent Life initiative at Cairo Stadium.

“Let’s reach a legally binding agreement that will bring prosperity, security and peace to all of us,” Al-Sisi added.

He stressed that Egypt has the economic and military power to impose its will and defend its interests, adding that “We have several options and we will weigh them according to the circumstances.”

This is the first public mention of the Nile dam dispute after the United Nations Security Council meeting last week.

President Al-Sisi emphasised that Egypt made it clear that it wants cooperation and partnership for the Nile River with the Sudanese and Ethiopian brothers.

“Egypt does not intervene in other countries’ affairs or internal issues. We offered to our brothers in Sudan and Ethiopia our cooperation and expertise in agriculture and energy on the condition that Egypt’s water rights not to be touched,” he revealed.

The president assured Egyptians “Do not worry, Egypt is a big country.”