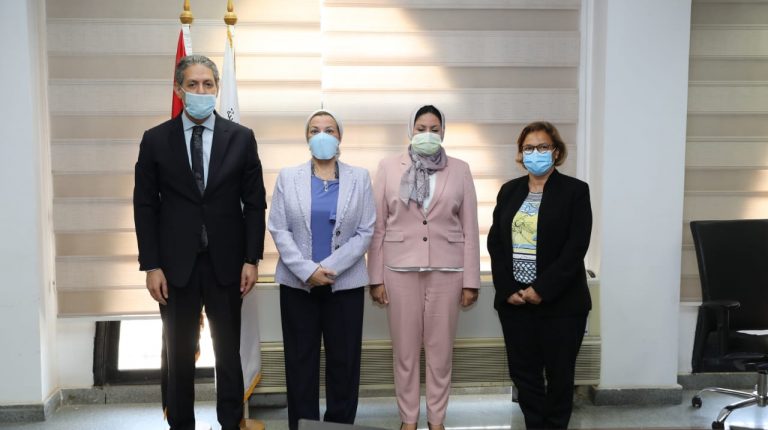 Egypt’s Minister of Environment Yasmine Fouad witnessed, on Saturday, the signing of the “Formulation and Development of the National Adaptation Plans Process in Egypt” (NAP) document.

Fouad said that the document’s signing sets the cornerstone for starting the national process of formulating a plan to adapt to climate changes.

The document also aims to: develop an integrated national climate risk assessment, alongside identifying adaptation priorities for inclusion in the plan document; integrating these priorities into national planning and budgeting processes; and increasing investment in adaptation measures.

The project is funded by the Green Climate Fund, and will be implemented over four years at a cost of about $3m.

Fouad noted that the process of developing a national adaptation plan is a comprehensive process that includes all national agencies and relevant stakeholders.

She pointed to the start of work on developing the project proposal in coordination with experts from different sectors through a workshop that started in March 2017. This was with the aim of discussing climate change adaptation issues.

According to Fouad, there are three main results of the project, under which fall several sub-results achieved by the activities of the project. Foremost of these is the strengthening of human and institutional capacities to coordinate and manage the planning and implementation of the national plan for adaptation to climate change process.

This will see a central coordination entity established related to the national adaptation plan and the involvement of stakeholders. The entity will assess and address gaps in institutional and technical capacity to guide the NAP process.

It also includes the completion of an integrated and multi-sectoral national assessment of climate change risks, as well as the formulation of the plan’s framework.

It also includes the integration of focal areas of adaptation into the national budget tools, as well as the development of medium and long-term financing options for climate change adaptation.

Present at the ceremony were: Enas Abu Taleb, CEO of the Egyptian Environmental Affairs Agency (EEAA); Randa Aboul Hassan, Resident Representative of the UN Development Program (UNDP); Mohamed Bayoumi, Director of Energy and Environment Projects in the UNDP; and Hani Salah, Deputy Director of the Department of International Cooperation for Development at the Ministry of Foreign Affairs.