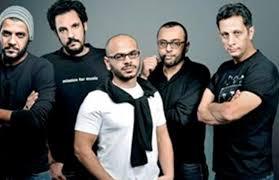 The band was founded in 2005, and became one of the leading independent bands in Egypt with their line-up of musicians, including: Hani El-Dakkak (guitar and lead vocal); Ahmed Hafez (bass guitar); Tamer Attallah (drums); Ayman Massoud (keyboards); and Mahmoud Siam (guitar).

The band has performed hundreds of concerts in Egypt, the Arab region, and internationally, to a large fan-base following their music. Besides performing as a band, Massar Egbari’s members have also embarked on numerous solo projects.

The Eid Al-Adha holidays, which mark the end of the Hajj pilgrimage and the Feast of Sacrifice, is the most important celebration on the Muslim calendar. This festival is celebrated throughout the Muslim world as a commemoration of the Prophet Abraham’s willingness to sacrifice everything for God.

The Egyptian cabinet said, in a statement, that the official paid holidays for Eid Al-Adha and the 23 July Revolution will start on 17 July for employees in the government and private sectors, upon directives from President Abdel Fattah Al-Sisi. The holidays will continue until 24 July.