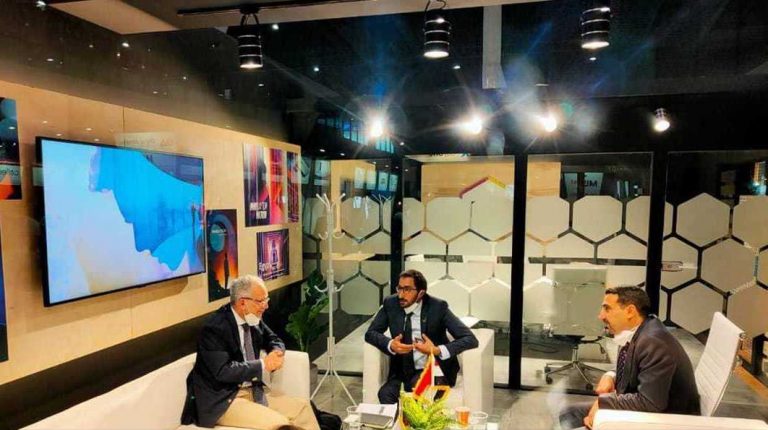 The exhibition was recently held in Barcelona on 28 June to 1 July, on the side-lines of the GSMA Mobile World Congress (MCW).

Posting via its social networking pages, the authority presented part of the visitor interaction with the Egyptian pavilion.

The pavilion received the approval and admiration of various visitors and officials in terms of design, visual identity, and equipment. These elements helped Egyptian startups showcase their innovative solutions, attract visitors from venture capital funds, and hold meetings with potential investors.

Egypt, represented by ITIDA, participated in the conference over the four-day period, with the distinguished 200 sqm pavilion, which included the participation of eight startups.

This participation aimed to enhance the startups’ growth opportunities, and highlight the rapid growth and successes in the field of entrepreneurship in Egypt.

At the same time, showcasing local startups aimed to attract more investment deals in this promising sector, with a focus on reviewing the growth and prosperity of the entrepreneurial environment and climate in Egypt.

The authority’s report on the event included a review of ITIDA’s activities during the exhibition, the most notable of which were the seminars it held in cooperation with the sponsorship of Egyptian and foreign institutions and investment funds in this field. This included: the German Foundation for International Cooperation (GIZ); Med Angels; the Alexandria Business Angels Network; and Hivos.

During the seminars, investors presented their experiences and arranged deals with emerging Egyptian companies, with the aim of encouraging more partnerships. This highlighted the advantages and returns on investment, whilst benefiting from the promising Egyptian market in this field.

During the exhibition, ITIDA CEO Amr Mahfouz met with Javier Ponce, Director General of the Centre for Industrial Technology Development (CDTI) at Spain’s Ministry of Science and Innovation.

At the meeting, the two sides discussed ways to deepen research cooperation in fields of common technological interest, such as information security, agriculture, and textiles.

An agreement between Egypt and Spain was also renewed and signed that will see the launch of the Egyptian-Spanish IT Innovation Program.

During his meeting with Miguel Martin, CEO of the Faster Capital Incubator, Mahfouz reviewed the opportunities to expand the incubator’s business in Egypt. This would also see a commensurate increase in investment directed to the Egyptian market, which is rich in skills and promising startups.

During the activities on the exhibition’s second day, a Memorandum of Understanding (MoU) was signed with Atos, a leading French company involved in information technology (IT) and digital transformation.

The MoU will provide support for the expansion of Atos’ business in Egypt, doubling its investments, and increasing the number of Egyptian employees.