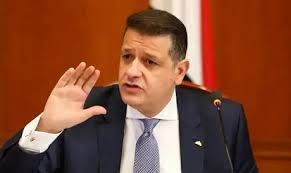 Head of parliamentary committee of human rights Tarek Radwan has praised President Abdel Fattah Al-Sisi’s decision to pardon 2,075 prisoners on the occasion of Eid Al-Adha and the 23 July Revolution anniversary.

In a statement on Wednesday, Radwan, who is also Vice-President of the Mostakbal Watan party, said the decision confirms that President Al-Sisi is like a father to all Egyptians, and that he is always keen to bring joy and happiness to the nation.

He added that the presidential pardon was met with great appreciation from families of prisoners in particular and all the Egyptian people in general.

Egypt grants pardons to prisoners on a regular basis, usually coinciding with major religious and national occasions. According to the Constitution, the President has the right to issue pardons for convicted prisoners after consulting with the cabinet.The Ministry of Interior regularly holds committees to examine the files of prison inmates nationwide to determine the most suitable cases deserving pardons.