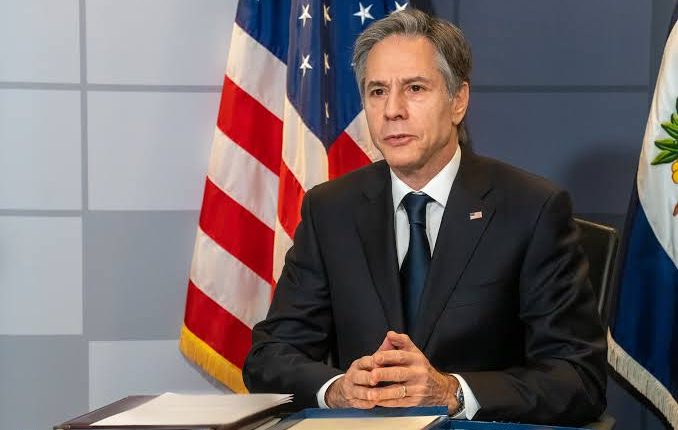 The US has lauded the Democratic Republic of the Congo’s(DRC) leadership of the African Union (AU), emphasising the importance of the organisation’s role in mediating the Grand Ethiopian Renaissance Dam (GERD) dispute.

In a telephone call to the DRC’s President Félix Tshisekedi, on Tuesday, US Secretary of State Antony Blinken expressed the US’ support for the DRC’s reform agenda. This aims to tackle corruption, strengthen democratic institutions, advance peace and respect for human rights,end impunity, and improve public health.

Ethiopia had previously announced that it completed its target for the second filling of its controversial dam, nearly two weeks after it started the process. The GERD filling was carried out despite the lack of a legally binding agreement with the two downstream countries, Egypt and Sudan.

Ethiopia has yet to announce any details about the amount of water it has stored in the dam’s reservoir.

In November 2020, war broke out in the region, pitting the Ethiopian National Defence Force (ENDF) and Eritrea, against the Tigray People’s Liberation Front (TPLF).

As a result of the violence, people from the region have been pushed to the brink of starvation. The war has also forced 54,000 to flee their homes in Afar, after fighting spread from the Tigray region to the neighbouring Afar state.

Fighting began in Afar at the weekend, when fighters loyal to the TPLF crossed the state border in pursuit of government soldiers and allied forces who fled after the Front regained control of Tigray from federal government forces last month.

Moreover, both Blinken and Tshisekedi have discussed making environmental protection and combating the climate crisis a priority during the DRC’s term as AU President.

Both leaders expressed their commitment to working together to ensure that the DRC realises its vast potential and continue on a positive trajectory. Blinken has also pledged to continue supporting its relationship with the DRC to achieve peace and prosperity.