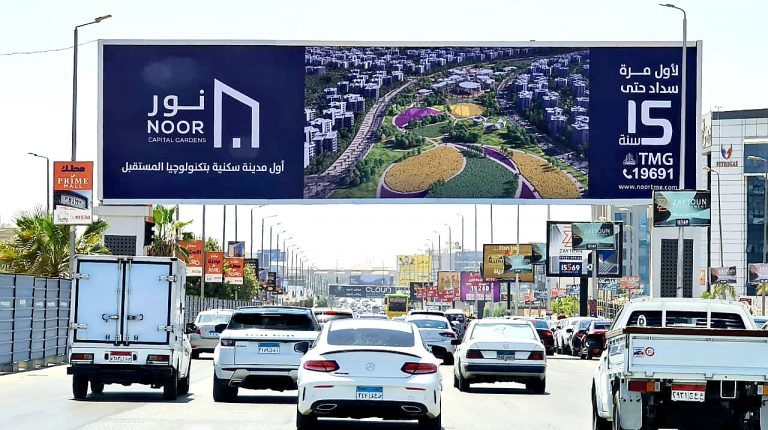 In a report analysing the strength of advertising campaigns among Egyptian companies during June 2021, the website said that the campaign succeeded in expanding the Hisham Talaat Moustafa Group’s market share of sales by 30-40% of the market.

It added that the advertising campaigns created by real estate companies in Egypt were going well until the launch of the Noor project campaign. The TMG led by Hisham Talaat Moustafa became more influential and more widely spread than its counterparts in the real estate sector, ensuring that the equation turned in the group’s favour.

The report indicated that MAVEN Developments’ campaign for its CALI project came in second place, followed by the campaign created by the popular delivery site Noon, with Talabat’s advertising campaign coming in fourth place.

In seventh place came the Keeva project owned by Al Ahly Sabbour, whilst in eighth place was the AMAZ BUSINESS COMPLEX, owned by Al-Fath Group for Real Estate Development.

In ninth place came the campaign to promote the projects by the GV Development company, followed by the promotion of the Saudi Egyptian Company for Construction (SECON), whilst iBusiness Park came in eleventh place.

iCAPITAL ranked in 12th with its distinguished project, Cloud 7 business complex, in the heart of the NAC, followed by the campaigns by Badeya from Palm Hills, Saray, Vinci from Misr Italia, and Ronza Tower.