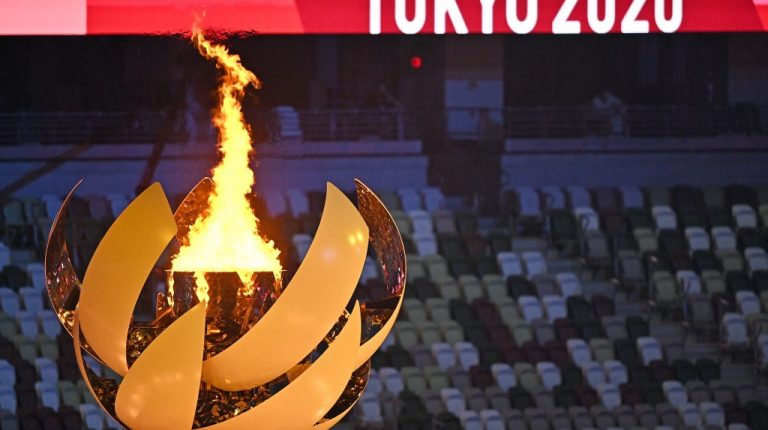 The 2020 Summer Olympic Games kicked off officially in the Japanese capital, Tokyo, on Friday, following the event’s 12-month delay due to the novel coronavirus (COVID-19) pandemic.

The opening ceremony highlighted the country’s rich culture, while reflecting on the gloomy atmosphere of a world ravaged by the global health crisis.

This year’s ceremony was held without the usual mass choreography, huge props, and cornucopia of dancers, actors, and light effects associated with past celebrations.

Meanwhile, fewer athletes from the participating countries attended the ceremony, with some instead choosing to focus on their Saturday competitions, whilst others avoided attending for fear of contracting the virus that has already spread across the Games village.

Thomas Bach, International Olympic Committee (IOC) President, admitted that the Tokyo Games will be different from previous ones, particularly as it has already been delayed for a year due to the coronavirus pandemic.

With the Games being held in the wake of an unprecedented health crisis, the strength of the athletes has been portrayed in a video that counted down the final moments until the start of the ceremony.

On a glorious evening, the sky over the National Stadium in Tokyo exploded in indigo and white as fireworks went off to mark the start of the massive ceremony.

About 11,000 athletes from 204 national Olympic committees partake in the Olympics, along with a team of refugee athletes competing under the Olympic flag. The Games run until 8 August.

On Saturday, Egypt’s handball team beat Portugal (37-31) in their opening Group B game.

“Beginnings are very important,” Egyptian handball star Ali Zein, who recently joined Spanish giants Barcelona, said in a television interview before the game, “We left a great impression at the World Championship, and we are determined to do even better in Tokyo.”

In swimming, Farida Osman, winner of two bronze medals at the World Championship, failed to qualify to the semi-finals of the Women’s 100m butterfly, ending the race in 58.69 at the last spot of Heat 4. She had reached the semi-finals at the 2016 Rio Games.

Moreover, Egyptian swimmer Marwan Elkamash came second in 3:46.64 in Heat 3 of the men’s 400m freestyle, but he could not qualify for the next round.

Egypt’s tennis star Mayar Sherif, who made history after becoming the first Egyptian woman to win a main draw match at a Grand Slam in February, bid farewell to the Olympics after losing to Sweden’s Rebecca Peterson (5-7 and 6-7) in the first round of the women’s singles.

Additionally, Egyptian fencer Mohab Samer was knocked out in the men’s individual sabre round of 32, while his fellows Mohamed Amer and Ziad El Sissy lost in the round of 16.

As for taekwondo, Nour Abdelsalam lost to Turkey’s Rukiye Yildirim in the women’s -49kg round of 16.

In the 10m air rifle women’s qualification, Egyptian Alzahraa Shaban ranked 38th with 620 points, while Sami Abdel-Razek finished in 31st spot in the qualifying round of the men’s 10m air pistol, and both failed to qualify to the final.

In the tennis table, Yousra Helmi lost to France’s Jia Nan Yuan (0-4) in the first round of the women’s singles, and the duo Omar Assar and Dina Meshref also lost in the mixed double’s round of 16.

On Friday, Egyptian archer Youssof Tolba finished 56 out of 64 contestants in the men’s individual with a total of 645 points. On 27 July, he will face Denis Gankin of Kazakhstan, who finished 9th with 670 points.

The Egyptian archer Amal Adam also finished 63 out of 64 contestants in the women’s individual ranking with a total of 570 points, reflecting a season best. On 27 July, she will face Minhee Jang of South Korea, who finished second with 677 points in the Round of 64.

Meanwhile, rower Abdel-Khalek El-Banna qualified for the men’s single sculls quarterfinals after finishing third in Heat 6, and will play in the next round on 26 July.

On a different note, 68% of respondents in a recent survey in Japan expressed doubts about the ability of Olympics organisers to control COVID-19 infections, while 55% said they were against holding the Games.

Only a third of Japanese have received a single dose of a vaccine against the virus, which has raised concerns that games will increase the virus’ spread.

The Games were expected to be a boost to the Japanese economy, but disallowing fans in stadiums has ended hopes of an early recovery for the country’s tourism that has been frozen since last year.

Organisers said the total cost of holding the Games would be about $15.4bn, but experts estimated that the total costs will be even higher.