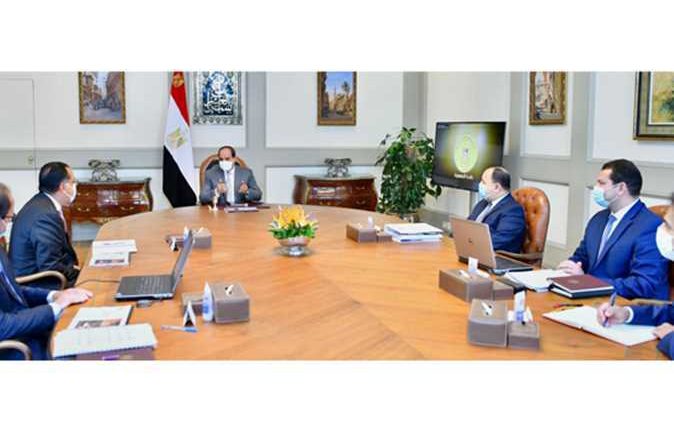 Egyptian President Abdel Fattah Al-Sisi has directed the government to increase financial allocations for public investments, within the framework of Egypt’s Vision 2023.

He also asked the government to keep up the good economic performance in order to stabilise the monetary and economic conditions in the country, and regularly update the mechanisms of governance of GDP data.

The Minister of Finance presented a number of important financial indicators in fiscal year (FY) 2020/21, noting that the government succeeded in increasing state revenues by EGP 119bn, with a growth rate of 12.2%, and a public spending growth of 9%.

A primary budget surplus of about EGP 93.1bn was achieved, representing 1.4% of GDP, while reducing the budget deficit from 8% to 7.4%.

Maait explained that Egypt was one of the best countries in reducing the debt-to-GDP ratio, despite the coronavirus pandemic, which affected economic growth, revenues, and expenditures in many countries and forced them to increase debt rates.

He added that Egypt also succeeded in raising the efficiency of public debt management by diversifying its domestic and international borrowing tools, and the debt-to-GDP in Egypt declined from 108% during FY 2016/17 to 90.6% in FY 2020/21.

Moreover, the meeting reviewed the most prominent ongoing projects to develop the customs system, and efforts to raise the capabilities of Egyptian customs workers.

In this context, the President directed the completion of the procedures for restructuring and modernizing the Customs Authority, and using modern technologies in the governance of customs ports.

The meeting also addressed the developments in Egypt’s tax system, including e-invoice, as well as efforts to automate tax collection procedures.