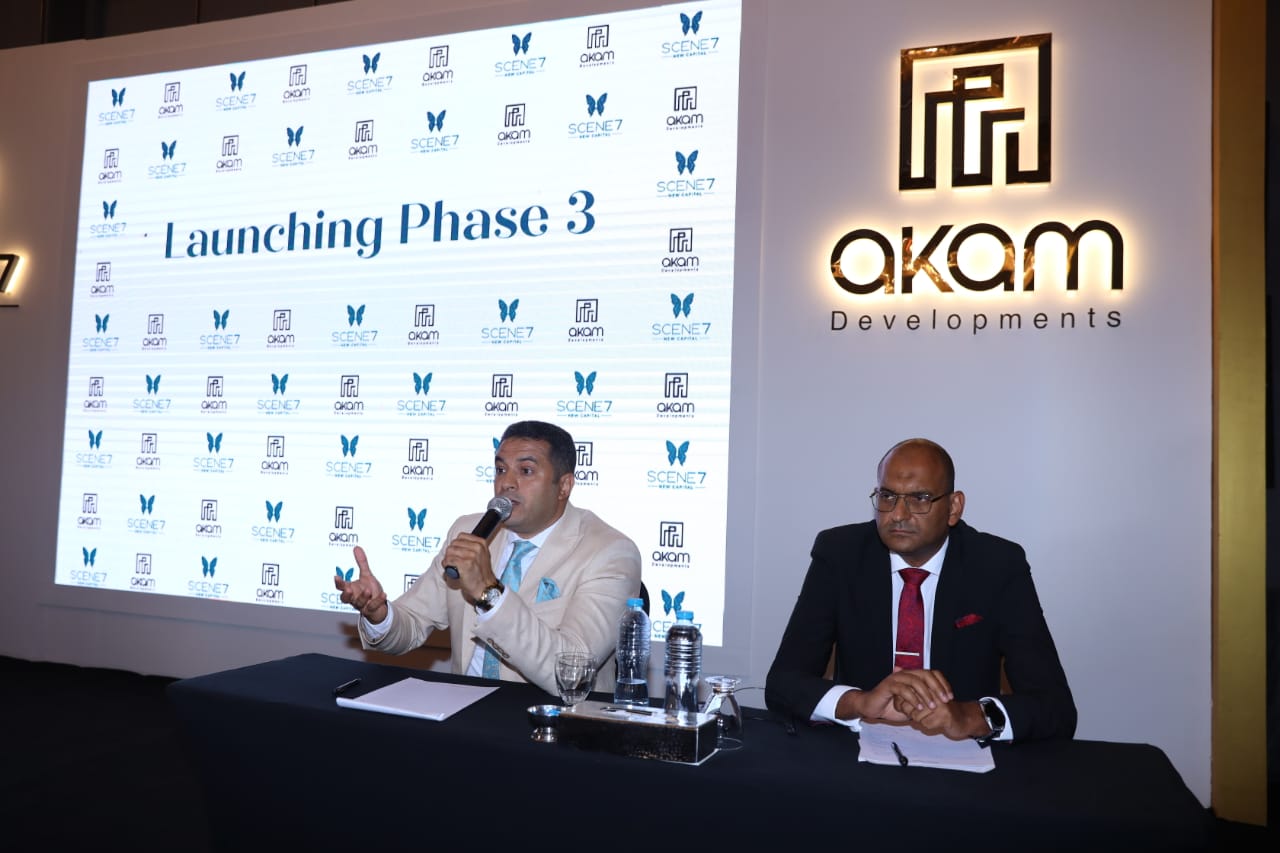 Akam Developments Managing Director Edrees Mohamed has announced the launch of the third phase of the Scene 7 project, the company’s second project and first global sports compound at the New Administrative Capital (NAC).

Spanning over 40 acres, the Scene 7 compound is located in the R7 area of the NAC, and has received total investments worth EGP 4.5bn.

Speaking at a press conference to announce the launch of the Scene 7 project’s 3rd phase, Mohamed added that the company is keen on providing a different and unique real estate product.

He pointed out that the Scene 7 project is the culmination of studies by the company’s research centre, which has been providing a number of opinion surveys to a group of Egyptian families.

These have studied and analysed all their needs that they see as the basics of life, and which affect the comfort of the entire family.

Accordingly, the idea behind the Scene 7 project aims to turn it into the first sports compound in the NAC comprised of a group of the largest international and local sports academies. It is expected that there will be 11 academies for different sports.

Mohamed said that the company took its time before offering the project for sale, to search for the best academies that include most of the sports needed by the average Egyptian family.

As a result, Akam Developments has contracted with Italy’s Juventus Academy to manage a football academy, besides contracting with the Winners Tennis Academy and ElBorolossy Squash Academy.

Since its launch in the last quarter of 2020, Scene 7 has witnessed great demand from customers, seeing sales exceed EGP 1.2bn within nine months of its launch, Mohamed said. He added that the company is targeting EGP 2.2bn in sales in the current year.

He also said that the company is ready to announce its third project soon, once all appropriate research and studies are completed.

He pointed out that the company began construction on the Scene7 project before its launch, and plans to direct EGP 1bn into construction works in both projects in the current year.