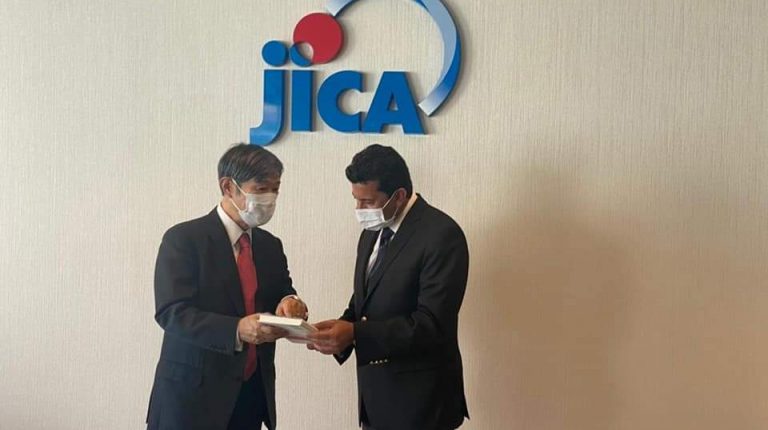 Egypt’s Minister of Youth and Sports Ashraf Sobhy has met with Kitaoka Shinichi, President of the Japan International Cooperation Agency, to discuss ways of joint cooperation between the two countries.

The meeting, which took place on the sidelines of the ongoing Tokyo Olympics, discussed these joint efforts as part of strengthening common areas of cooperation in different fields.

Sobhy affirmed his aspiration for more cooperation in developing civilian education centres to support parallel education for youth, by exchanging experiences with the Japanese side, which has the tools and capabilities.

He also expressed his ministry’s keenness to develop the sports medicine field in Egypt, where there are currently 13 sports medical centres and hospitals. He added that the country looks forward to developing this through modern equipment, and the exchange of human expertise and specialists.

The minister highlighted the “Your bike is your health” initiative, noting that his ministry seeks to increase the number of Egyptian youth taking part in it. This would encourage the use of bicycles as a means of transport, in addition to their being an effective tool to reduce pollution.

Sobhy also stressed his keenness to cooperate in the cycling field by investing in the Japanese bicycle industry. This will see Japanese bicycles assembled in Egypt, with a joint factory to be established to localise bicycle production in the latter.

Kiaoka noted his great appreciation for Egypt’s efforts, represented by Sobhy, and for his interest in the country’s youth and sports sector.

He noted that he is closely monitoring Egypt’s development in all fields, which reflects the state and its people’s willingness to build their country and create self-reliance.

This has encouraged JICA to establish an educational and entrepreneurship partnership with Egypt, as well as to collaborate in sports medicine by sending specialists.