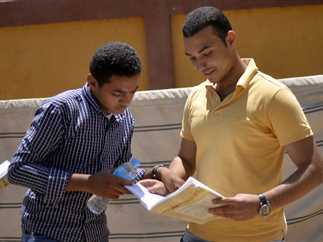 Parts of the English language exam in this year’s Thanaweyya Amma (high-school leaving) exams are said to have been leaked, shortly after the exam started on Monday.

The exam was reportedly leaked on social media platforms, despite warnings by the Ministry of Education and Technical Education that strict penalties would be applied to any student involved in leaking the exams.

The ministry said that its Central Operations Room was monitoring any attempts to leak the English exam, adding that the exam was held in secure and well-monitored committees.

The Central Operations Room confirmed that a student in Qena Governorate was found to have photocopied and published the first foreign language exam questions 30 minutes after the start of the exam. It noted that legal measures have been taken against the student.

Meanwhile, a large number of students said that Monday’s English exam was easy and did not have any complicated questions.

About 392,863 high school students took the English language exam, on Monday, for the scientific and mathematical division of the Thanaweyya Amma exams.

The Ministry of Education and Technical Education confirmed that correction of exams would take place electronically, with the results to be announced 10 days after the end of exams on 2 August. It also said that students would be allowed to enter exams with a textbook and tablet device.

The Thanaweyya Amma exams started on 10 July, with about 649,000 students taking this year’s exams amid strict precautionary measures against the novel coronavirus (COVID-19).