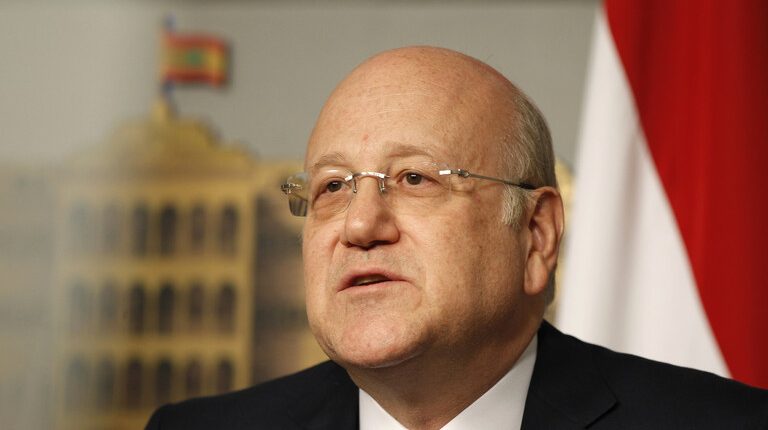 Lebanese politician and businessperson Najib Mikati announced, on Monday, that he will form a new government, and called on the Lebanese people to cooperate to pull the country out of its ongoing crisis.

New Prime Minister-designate Mikati, who has previously served as the country’s Prime Minister, obtained the majority of the parliament’s votes needed to form a new government.

This comes only a few days after former Prime Minister-designate Saad Hariri announced his failure to form a government.

In a press conference held at the Baabda Palace in the capital, Beirut, Mikati said, “I took the step and am aware of the situation, but I studied it and I have international guarantees.”

At the same time, he said that he “does not have a magic wand and does not perform miracles”.

The wealthy politician likened the situation in Lebanon to “a fire that spreads every day to reach everyone’s homes”.

Mikati said his government’s priority will be to implement the French initiative, in order to “save Lebanon”, but he quickly closed the conference, refusing to answer journalists’ questions.

He obtained a majority of the votes in the House of Representatives during parliamentary consultations, on Monday. This helps him form the new government with the support of the main parties.

Mikati’s appointment comes after veteran Sunni politician Saad Hariri this month abandoned his efforts to form a new government, after about 10 months of failure to agree on its formation with President Michel Aoun.

He will have a difficult task to save Lebanon, which is suffering political and economic collapse that threatens its stability.

It is possible that Mikati’s mission will encounter the same obstacles that prevented the formation of the Hariri government, including the demand by Aoun’s team for the blocking third (veto) in the government.

The political dispute left Lebanon without an effective government, while the country fell into a severe political, economic and health crisis.

Mikati headed the Lebanese government in the past twice, the first time being in 2005 and the second in 2011.

According to Lebanon’s political system, a Sunni Muslim must hold the position of Prime Minister, while a Maronite Christian must head the country.

Western governments are pressing Lebanese politicians to form a government that can start reforming state institutions that suffer from corruption and threatened to impose sanctions. They said that financial support will not flow before the start of reform.