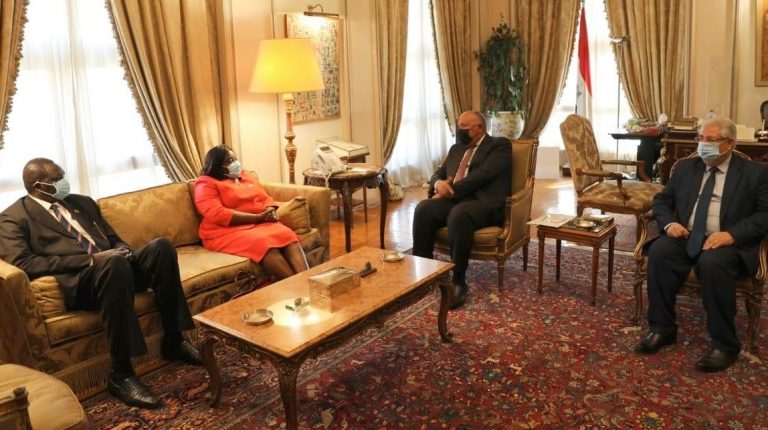 Ahmed Hafez, Spokesperson for Egypt’s Ministry of Foreign Affairs, said that the meeting highlighted the work of the Joint Higher Committee between the two countries.

He said that the two sides noted the committee represents an important step in continuous efforts to boost cooperation between Egypt and South Sudan, and to achieve their common interests.

During the meeting, it was also emphasised that Egypt would continue to provide various forms of support to South Sudan’s vital sectors.

The two sides noted that this would include efforts to promote peace and stability across South Sudan, in a way that enables the country to achieve its desired development.

Hafez added that the meeting also touched on a number of issues and topics that are regional and international areas of common concern. These particularly include the issue of the Grand Ethiopian Renaissance Dam (GERD), and the overall developments in the East African region and the Horn of Africa.

It was also agreed to hold a round of political consultations between the two countries during the coming period.